Home > News > Archives > Archives 2013 > France awards knighthood to Ameena Saiyid for her contribution to Arts and (...)

Mrs Ameena Saiyid, Managing Director Oxford University Press Pakistan, was awarded the Knighthood of the Order of Arts and Letters this Friday 15th of February 2013 by the Ambassador of France in Pakistan, Philippe Thiebaud.

This prestigious award distinguishes personalities who have, through their creations and work in the fields of arts or literature, contributed to the promotion of culture in France as well as in the world. France, due to its historical and intellectual traditions, attaches an immense importance to the diversity and richness of human civilizations and cultures and wishes to recognize and support individuals striving for creativity and exchanges. 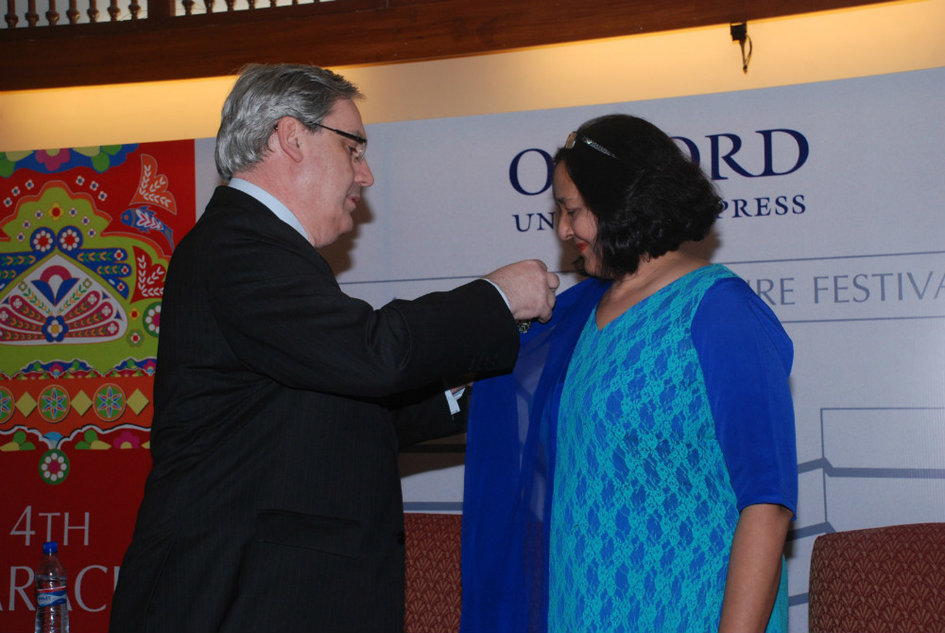 Mrs Ameena Saiyid’s commitment to the quality of the publishing sector in Pakistan, her achievements as the first woman to become head of a multinational company in the country, and her consistent engagement in favour of education, development and dialogue puts her at the forefront of the promotion of Pakistani and global culture.

On the day of the opening of the Karachi Literature Festival, created through Oxford University Press in 2010, the Embassy of France in Pakistan, the General Consulate of France in Karachi and the Alliance Française of Karachi wishes to congratulate Mrs Saiyid for her achievements and qualifying for this award. The French institutions in Pakistan are a sponsor of the festival and will be present throughout the event. The French Ambassador in Pakistan as well as three authors and experts visiting from France will participate in the sessions. 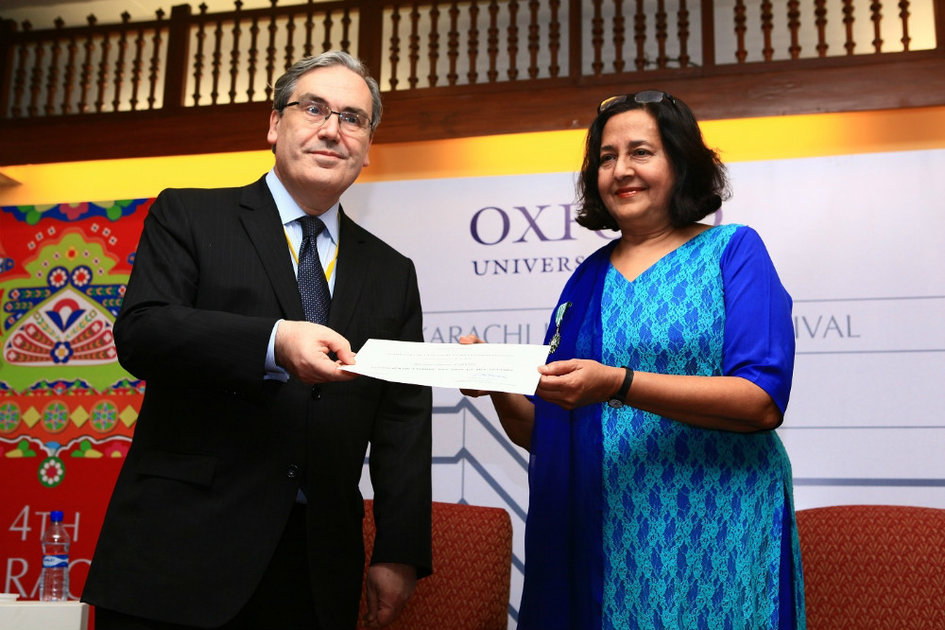