Art will once again take centre stage at the International Contemporary Art Fair (Foire internationale de l’art contemporain, FIAC) in Paris, from 24 to 27 October 2013. For its 40th edition, the fair will display artworks from galleries across the world in the most famous monuments of the French capital, such as the Grand Palais, the Louvre and the Palais de Tokyo. 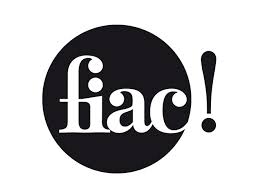 Founded in January 1974 in the former Bastille railway station in Paris, FIAC was one of the first events of its kind in Europe. The fair’s organizers believe that its enduring success can be attributed, above all, to its focus on the latest trends and young artists.

Alongside the big names of contemporary art, such as Raquel Arnaud, Max Hetzler and Massimo Minini, young gallery-owners use FIAC as an opportunity to present artists who are not yet well-known. Examples include Crèvecoeur, Gaudel de Stampa and Marcelle Alix.

An event prized by French professionals

This year, FIAC will host a total of 184 galleries from 25 countries. A significant amount of space at the heart of the sites chosen by FIAC is reserved for French exhibitors, who account for around 40% of the professionals in attendance. Other countries that are heavily represented include the United States and many European countries.

Contemporary art, a sure investment

The public, which is made up of gallery-owners and collectors, but also art lovers in the broadest sense, also comes from far and wide. According to the organizers, “from year to year, there is consistently a very high number of North American visitors.” But there are also people from Europe, Lebanon, India and Latin America. Last year, the total number of visitors reached 70,644 over five days.

This year’s fair could be an exceptional one, for the global contemporary art market is booming and has surpassed the €1 billion mark for the first time – a record high, according to a study by Artprice, a world leader in art market information. 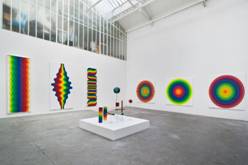 The head of the company, Thierry Ehrmann, explains: "A lot of trust is being placed in contemporary art these days. New museums across the world are buying large quantities of contemporary art and investors are interested. This art speaks to the general public, because it is more accessible and less elitist than modern art."

While the United States represents the biggest contemporary art market in the world, France is ranked fourth, with sales of €29.2 million in 2012, up 35% from 2011.

Monuments in the service of art

The organizers of FIAC also use the timeless appeal of the city of Paris and its remarkable architectural heritage to optimize the presentation of the artworks. This year, the Grand Palais, for example, will host 129 international modern and contemporary art galleries, exhibiting their artworks to experts and the general public. Prestigious international galleries attending this year include 303 Gallery, Sadie Coles HQ, Paula Cooper, Chantal Crousel and Hauser & Wirth.

For the sixth year in a row, FIAC and the Louvre museum will present a programme of performances entitled “Ouvertures/Openings”, dedicated to artistic experiments on the boundary between disciplines. Lastly, “Hors les Murs”, an event that has been held since 2006 in the grounds of the Louvre, is being expanded this year to other famous sites of the French capital, such as the Jardin des Plantes botanical garden, the National Museum of Natural History, the Place Vendôme and the banks of the river Seine. At the Petit Palais, for example, Pace Gallery (New York) and Waddington-Custot (London) will jointly exhibit Jean Dubuffet’s majestic creation "Welcome Parade". This will allow FIAC and these emblematic sites of the French capital to amplify their promotional appeal and attract even more visitors to the streets of Paris. The event “Hors les Murs” alone pulls in more than 500,000 people annually.