Laurent Fabius met with Ban Ki-moon, Secretary general of the United Nations, at Le Bourget on December the 10th, 2015. 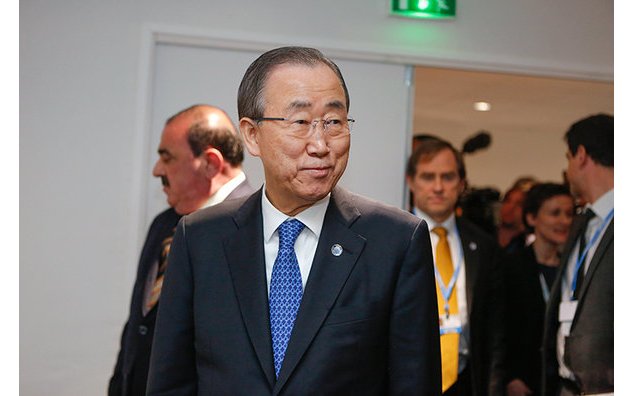 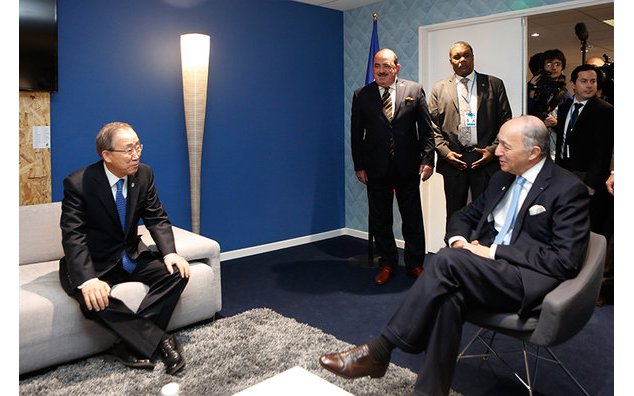 Firstly, I am very honoured to receive you, not only as Secretary-General, but also because you have been the source of many initiatives in the fight against climate change.

We are now trying to move on to the final agreement but we owe much to you, Mr Ban Ki-moon, so once again, thank you very much.

We are making good progress, we once again held an all-night session, and in the afternoon, I will propose a new text that will take account of everything which has been said to me, and I hope that tomorrow we can finish up."