France takes new initiatives in the fight against AIDS 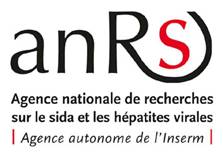 Although undeniable progress has been made against HIV, the means to curb the epidemic are still lacking. France is a driving force both in research and in the funding of programmes for access to treatment and screening in the countries of the Global South and is diversifying its operations with original initiatives.

Almost every day brings new discoveries in the fight being waged by scientists against the AIDS virus. France is making a great contribution to this, notably through the French National Agency for Research on AIDS and Viral Hepatitis (ANRS), which coordinates and funds research in France and in developing countries, as part of a North-South partnership. The ANRS is itself the promoter in the South of campaigns aimed at demonstrating the effectiveness of public health strategies to local people there.

In terms of prevention, it has a highly innovative vaccine research programme that has resulted in some fifteen preventive vaccine trials on healthy volunteers. This programme is today run by the Vaccine Research Institute (VRI). The Agency has also been involved for several years in research aimed at evaluating the use of antiretrovirals in pre-exposure prophylaxis among populations with a very high risk of infection.

With the Aides association, it has demonstrated that rapid screening tests can be administered effectively in France by non-physicians, enabling legislation to be changed. Moreover, in the countries of the Global South, one of its trials has shown the benefits of male circumcision in reducing the risk of transmission of the infection. This work has been confirmed by American teams and has resulted in the drawing up of practical recommendations by the World Health Organisation (WHO). The ANRS is responsible, along with the US National Institutes of Health (NIH), for the ANRS 1295 Camelia trial, aimed at improving the care of patients jointly infected by HIV and tuberculosis.

At the request of the government of Cameroon, the ANRS has conducted a major assessment operation of the national programme for access to healthcare. It is starting, with South-African researchers, an evaluation of the large-scale benefit of providing infected persons with rapid treatment.

Currently promoting 67 clinical studies in France, it funds projects instigated by teams from the French National Institute of Health and Medical Research (INSERM), the Institut Pasteur, the National Centre for Scientific Research (CNRS), the French Research Institute for Development (IRD), hospitals and universities. This investment has put France in the top three countries in terms of scientific work on HIV.

The recent International AIDS Conference in Washington confirmed that although treatments are increasing in number, variety and effectiveness, further funding is still vital in order to deploy them on a large scale. With this in view, the announcement of the President of the Republic that a portion of the financial transaction tax will be allocated to the fight against AIDS received unanimous support and should encourage other States to go down the same road.

In a similar bid to reduce the inequalities between the countries of North and South, France, the leading European contributor and second in the world to the Global Fund to Fight Aids, Tuberculosis and Malaria - with 360 million Euros per year - has set up an innovative procedure for contributing to the Fund, known as the 5 % Initiative for AIDS, Tuberculosis and Malaria. This is supervised by the Ministry of Foreign Affairs and carried out by France Expertise Internationale. 5 % of France’s contribution to the Global Fund, i.e. almost €18 million per year, will be set aside to respond to demands from Francophone countries for high-level technical expertise to help them in the design, implementation, follow-up, evaluation and impact assessment of the Global Fund’s programmes. The principal beneficiaries of the measure will be the priority countries for French development aid (Benin, Burkina Faso, Comoros, Ghana, French Guinea, Madagascar, Mali, Mauritania, Niger, the Democratic Republic of the Congo, the Central African Republic, Senegal, Chad, Togo, as well as Afghanistan, Haiti and the Palestinian Territories).

These initiatives are added to another original funding source, the airline-ticket tax. This is applied in 9 countries and funds more than two thirds of the budget of the international drug purchase facility UNITAID, to which France is the main contributor. Out of this emerged the Estheraid project, a partnership between UNITAID and the French Public Interest Group ESTHER, aimed at improving access to antiretrovirals in five African countries.

The joint efforts of the State and its operators, the universities with strong involvement, research bodies historically very engaged, to which we must add the famous Sidaction - the aim of which is to develop research programmes and care for the sick - and associations such as AIDES or Solthis, provide a consistent image of strong interactions between medical, research and non-profit organisational circles.