UNESCO Director-General Irina Bokova made a visit to Mali on Saturday 2 February with French President François Hollande and the interim President of Mali Dioncounda Traoré.

The main aim of the visit was to launch the process of reconstruction and safeguarding of the cultural heritage of northern Mali, including the mausoleums of Timbuktu and the city’s fabulous collection of manuscripts.

During the day, the Director-General visited Timbuktu’s World Heritage sites, and the Ahmed Baba research centre, where some 40,000 of the manuscripts were stored. She then traveled to Bamako with President Hollande to meet Mali’s leaders. 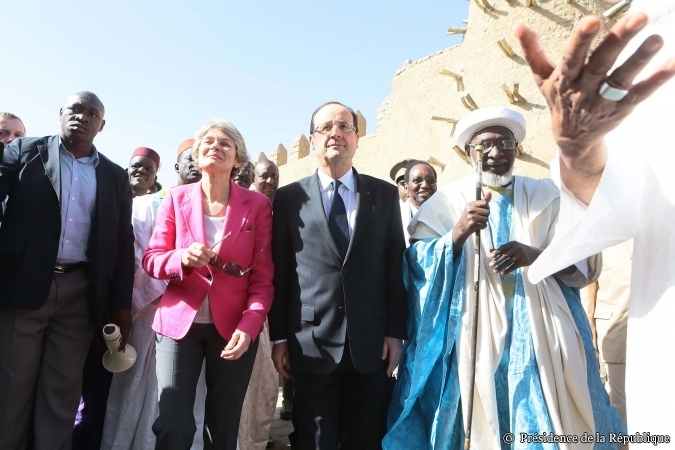 “The treasures of Timbuktu are an immense source of pride for Mali,” the Director-General said. “Restoring this important cultural heritage will give Malian people the strength and confidence to rebuilt national unity and look to the future.” 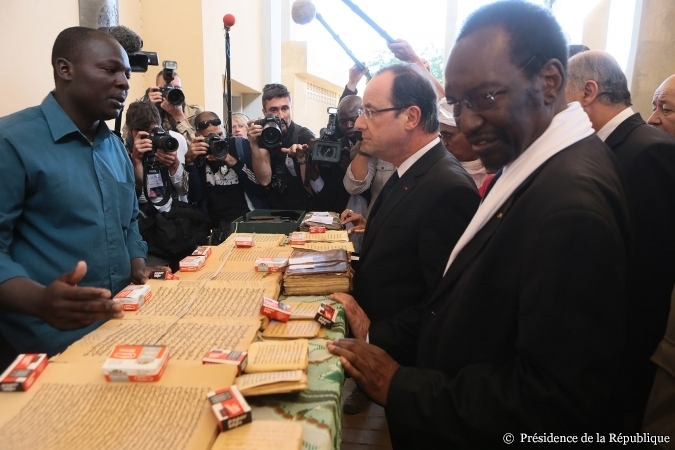 The Director-General said that an expert mission would soon be sent to work with the Government of Mali to assess the damage to this heritage, and to prepare a plan of action for its restoration.

The Director-General added that UNESCO would mobilise the necessary expertise and resources to ensure that this was done efficiently and sustainably. The digitization and creation of a virtual library for Timbuktu’s manuscripts will be a major part of the project.

Timbuktu’s three major mosques, Djingareyber, Sankore and Sidi Yahi, along with 16 mausoleums, were first inscribed on UNESCO’s World Heritage List in 1988. The Askia Tomb in the city of Gao followed in 2004. In July 2012, following the destruction of 11 of the mausoleums, and the doors of Sidi Yahi, both sites were inscribed on UNESCO’s List of World Heritage in Danger. UNESCO provided topographic maps and coordinates to the armed forces of Mali, France and Chad to help prevent shelling of these sites.

An estimated 300,000 manuscripts are kept in private and public collections in Timbuktu. Many of them date from the 13th to 16th centuries and were produced by great scholars from the city and elsewhere or came from the ancient markets of North Africa, Al-Andalus and the eastern-most countries of the Arab region. These ancient manuscripts bear unique witness to centuries of civilization, exploring such subjects as religious studies, mathematics, medicine, astronomy, music, literature, poetry, and architecture. 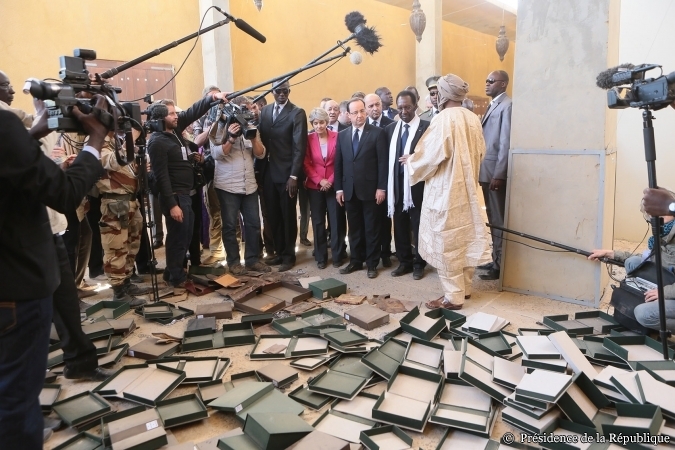 This text was first published on the UNESCO website.

For more information on Timbuktu manuscripts.

To give to the UNESCO fund for Timbuktu manuscripts. 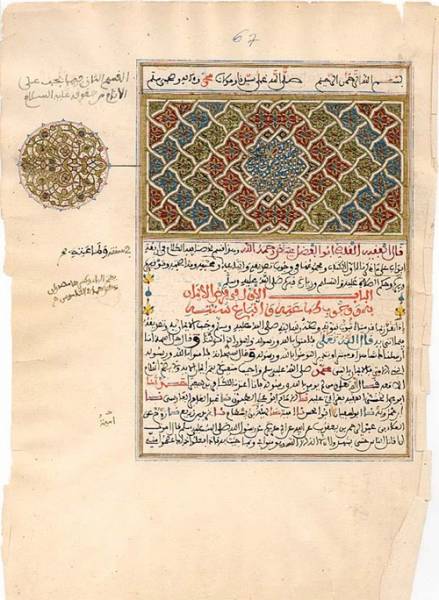