As 2017 is the 60th anniversary of the Treaty of Rome which established the European Economic Community, the ongoing “Le Tour et l’Europe” exhibition tells the fundamentally European story of the Tour de France and shows how civil society has often been a precursor to this movement seeking to cultivate friendship between peoples and peace on the continent.

On 1 July 2017, the Tour de France riders will set off from Düsseldorf. Between then and 23 July, they will travel through 34 French departments and visit three neighbouring countries, cheered on all the way by 10 million spectators, of whom 20% will be non-French, mostly Europeans, as well as millions of fans around the world.

The Grande Boucle, as it is also known, has a huge international following and is an opportunity to promote the parts of France and Europe through which it passes, the sportspeople, and the values of sharing inherent in sport.

In its first edition in 1903, Germans, Belgians and Italians raced alongside Frenchmen, joined in subsequent years by riders from many other countries (Luxembourg, UK, Denmark, Mexico, Australia, etc.).

The number of stages in neighbouring countries has gradually increased, and the Grande Boucle has, among other places, passed through Ghent, Luxembourg, Aosta, Maastricht, Berlin and Utrecht. This year, the riders will begin in Germany and will also pass through Belgium and Luxembourg. 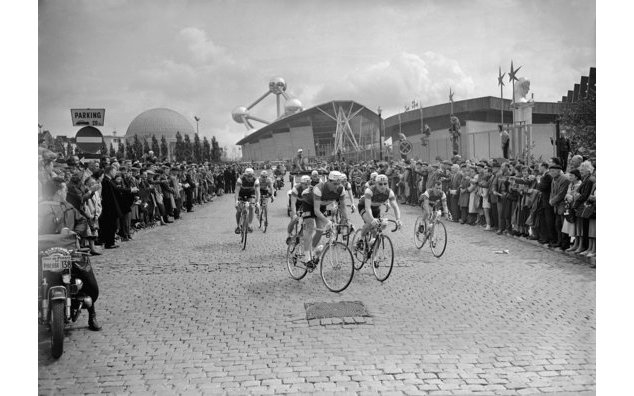 The "Le Tour et l’Europe" exhibition can be seen on the gates of the Quai d’Orsay until 18 September 2017.