The world is dancing to French music [fr]

The five Grammy Awards picked up by Daft Punk show how popular French electronic music is with foreign audiences.

The Parisian electro band Daft Punk caused a stir by scooping five Grammy Awards this year, including Album of the Year for their latest release, Random Access Memories, which has sold over 2.7 million copies worldwide. And with their costumes and helmets, they do not go unnoticed. Since their initial success in 1996 with the single Da Funk, the two members of Daft Punk, Thomas Bangalter and Guy-Manuel de Homem-Christo have been one of France’s top musical exports. They have contributed to the “French touch” movement (a term invented by British journalists), which has seen French electronic music become a global reference point.

The power of the “French touch”

This musical trend has continued to grow ever since. As a 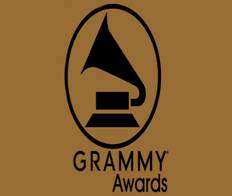 result, revenue from French performances abroad rose by more than 28% in 2012 to reach €27 million.

"French touch" is seen as France’s version of house music, a funk-related genre which developed in the early 1980s in Chicago. French composers have taken inspiration from various sources and broadened their range. Daft Punk, for example, blend their electro, house and techno sound with elements of rock, groove and disco.

Another example is the rock quartet Phoenix, from Versailles, whose latest album, Bankrupt ! draws on a rich variety of influences (classical music, electronic music, pop rock) to create a new style of rock. And this seems to be a formula for success: in 2013, Bankrupt ! sold more than 200,000 copies, according to bureauexport, the organization responsible for promoting French musicians internationally. Other "French touch" artists include Air, Justice, Alan Braxe, Alex Gopher and Etienne de Crécy.

Many French musicians in other genres are also popular abroad. Leading the pack is the singer ZaZ, with her second album, Recto Verso, which has sold almost 350,000 copies, mainly in Germany, Turkey and Eastern Europe. Others include the band C2C Tetra, with their single Down the road?, who starred at the Coachella Festival in California; the cosmopolitan trio Aufgang, who have travelled the roads of Europe and North America; and Kavinsky, who has sold almost 40,000 copies of his album OutRun.

DJs are also enjoying their fair share of success abroad. The Parisian David Guetta, one of the world’s most famous DJs, is phenomenally popular. Over the course of his career, he has sold over 3 million albums and 15 million singles, and received a large number of prizes, including several Grammy Awards. He is also a producer and often collaborates with world-renowned artists such as Akon, the Black Eyed Peas and David Bowie. In 2013, his single Play Hard sold over 1.7 million copies and in 2012, there were three albums by David Guetta in the top 15 for highest international sales.

David Guetta is not the only French artist to have conquered the international clubbing scene. Others include Vendetta, who performs throughout the world, Joachim Garraud from Nantes, who has worked with Kylie Minogue, and Bob Sinclar, Martin Solveig and Laurent Wolf. In 2012, Bob Sinclar’s Love Generation became a smash hit. Some are even better known abroad than in France, like M83, whose Hurry up, we’re dreaming was the seventh bestselling French album abroad.

As these artists pursue their glittering careers, the next generation already looks promising. Naturally, we are looking forward to a new album by the great David Guetta, but in 2014 it is also worth keeping an eye on Gesaffelstein – the “new prince of French techno”, according to music journalists – as well as the bands Christine & The Queens, Club Cheval and Shaka Ponk, the explosive electro-rock band who were awarded the 2014 Bourse Export grant, enabling them to promote their fourth album in Germany, Italy, the United Kingdom, etc. Now more than ever, our DJs are making the world sing.