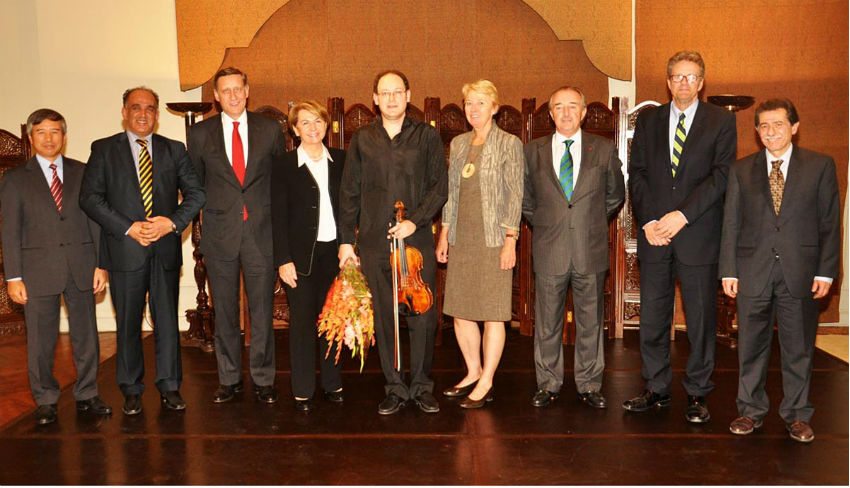 At the invitation of the Ambassador of France in Pakistan Mrs. Martine Dorance, the talented French violinist Vadim Tchijik gave a violin recital at the Serena Hotel, sponsors of the event, in Islamabad on Tuesday, April 7, 2015.

The guests had a chance to hear wonderful interpretation of Bach, Kreisler, Paganini, and Ysaye.

Prodigy and virtuoso, Vadim gave his first concert at the age of 8. He studied music at the Tchaikovsky Central Music School in Moscow as well as at the National Superior Conservatory of Music in Lyon.

Presently, he teaches violin at the Regional Conservatory of Toulouse and gives master-classes in Europe and Asia. He is also an artistic director at the International Music Festival of Hyères.