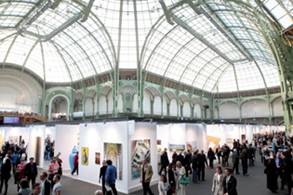 It is boom time for the art market in France. 2011 was a year that beat all records: art dealers realised a total turnover of 2.38 billion euros, an increase of 8.6% on 2010. While spectacular sales tend to happen at the auctions, a fair proportion now take place at art fairs, by private sale. For instance, the FIAC international contemporary art fair in Paris, held in the Grand Palais from 18 to 21 October 2012, brings in nearly 180 galleries from 24 countries. An unmissable event on the contemporary art calendar, it is continuing to grow exponentially and this, its 39th, event confirms its major international status, by showing the best pieces from gallery owners all over the world.

France has a considerable art market, with four million objects sold in 2011: record sales which reinforce the attractiveness of France at an international level. What keeps collectors, retains artists and enriches museums is a competitive art market. “Art provides spiritual sustenance and a safe haven for investment,” observes Jennyfer Flay, director of the FIAC. 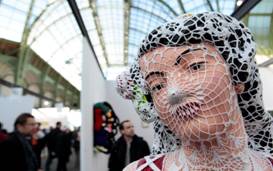 The French Auctioneers Council (CVV), an independent authority responsible for regulating the market, today announced some exceptional figures: “2011 was the best year ever for the auction sector in France, with total sales of 2.38 billion euros in all sectors together, which represents growth of 8.6% compared with 2010,” says the CVV’s president, delighted with the news. “This result reflects the excellent health of the French market in all aspects, and it appears to be one of the most dynamic at a world level, both in terms of growth rate and sale numbers, and also in the number of operators”.

Among the biggest sales we can mention two paintings sold by Artcurial, France’s top auction house. A Nu couché (Reclining Nude) dating from 1954 by Nicolas de Staël, sold for 7 million euros in December 2011, and Hafen von Swinemünde (Swinemünde Harbour) by Lyonel Feininger, a German-American Expressionist painter, sold for 5.7 million euros. This French auction house is making a show of extraordinary dynamism. It is the third largest in France behind Christie’s and Sotheby’s, which have refocused their European sales on Paris.

The sales room at the Hôtel Drouot occupies an essential place at the heart of the French auction system. It is the world’s oldest auction house. A genuine nerve centre of the art market, Drouot 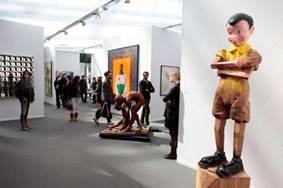 achieved 24 world records in 2011. Fifteen auctions ended with sales totalling over 1 million euros and 256 auctions grossed more than 150,000 euros. Among the best sales we can mention: La promenade d’Argenteuil, a Winter Evening, an Impressionist painting by Claude Monet dating from 1875; a Mayan culture Seated Deity from Mexico, dating from AD 550-950, which sold for 2.9 million; and a Book of Hours by Claude de France (1499-1525), wife of king François I, which achieved a price of 2.6 million euros.

France has some remarkable assets. In recent years, art centres, galleries and foundations have proliferated in the capital. They include the newly renovated Palais de Tokyo, the Maison Rouge founded by Antoine de Galbert, and Le 104. Yet more will be opening soon, such as the Fondation Louis Vuitton, in a building designed by American-Canadian architect Frank Gerhy. The key to this success is the globalisation of the market. You can live in Hong Kong and buy in France, the UK or the US.

Art Paris Art Fair, the international fair for modern and contemporary art, will be held beneath the vaults of the Grand Palais from 28 March to 1 April 2013. At the same time as reflecting international artistic developments in Asia, Africa and the Middle East, Art Paris Art Fair will pursue its exploration of the European art scene by placing Russia centre-stage next spring. “The Russians love France,” observes Guillaume Piens, general curator of this prestigious modern art event. “They are sensitive to the premises, to the Grand Palais, standing a stone’s throw from Pont Alexandre III which is a symbol of Franco-Russian friendship. There is a whole tradition of Russian artists coming to live in Paris.”

Paris and France attract gallery owners from abroad, international artists and events. The famous American gallery owner Larry Gagosian has moved into the centre of the capital and is now opening a new space at Le Bourget airport, designed by architect Jean Nouvel. “Today, we have a new vision of Paris and we are taking a new look at France,” adds Guillaume Piens.