The Tour de France is a great business opportunity for its organizer, the media, cities hosting stages, sponsors, and the brands in the publicity caravan.

The race, the world’s third most-followed sporting event behind the Olympic Games and the FIFA World Cup, provides comfortable economic benefits for the municipalities and businesses that participate. The popular success of this unique cycling competition has never dwindled. The Tour de France is broadcasted in more than 190 countries and is watched on screen by an average 3.5 billion people each year. Close to 12 million spectators travel to watch from the roadside hoping to see the peloton, if only for a few seconds. In 2007, the departure in London beat every record for crowd numbers, with almost 3 million people in the streets. It is not difficult to understand why cities and businesses jostle to participate in this remarkable competition. 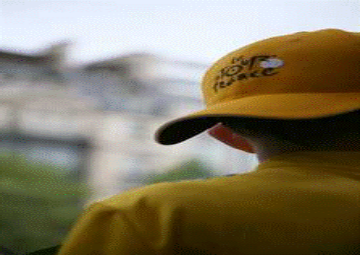 Since 1947, the Tour de France has been lucrative for ASO (Amaury Sport Organisation) primarily. The Tour apparently provides a turnover close to €150 million for the French family company, which also owns the daily newspapers L’Équipe and Le Parisien. France Télévisions alone pays it broadcast rights for race coverage worth €24 million every year. The cities that host stages also have to pay ASO. The rate for hosting a stage departure is around €100,000, whereas hosting the finishing line of a stage costs €60,000. These amounts may seem high, but almost 200 municipalities compete every year to participate in the race’s organization. The economic returns for the cities that are "lucky" enough to be selected are, indeed, considerable.

The Mayor of Porto-Vecchio, Corsica, and the Mayor of Gap, in the Alps, estimate that the peloton’s visit brought in several million euros for their municipalities. The Metz urban community went even further, commissioning a specialist consultancy to carry out a study into the economic benefits linked to the presence of the Tour caravan on 6 July last year. The results were clear: this stage brought in more than €670,000 of additional turnover for hoteliers, caterers and services providers in the city. Two thirds of the tourists attending the arrival of the Tour de France said that the event encouraged them to prolong their stay, while 77% said that it had influenced their choice of destination. 30% of the municipality’s businesses experienced a positive impact on that one day. 38% of the city’s hoteliers even noted a 25% increase in their occupancy rates, linked notably to the presence of the 2,300 journalists covering the cycle race. 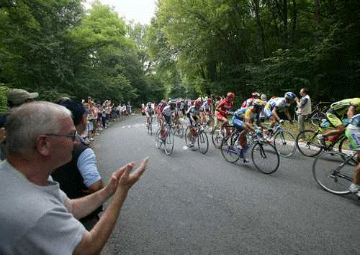 The teams’ sponsors have no difficulty recouping what they spend either. The awareness rate of insurance company AG2R-La Mondiale, which totalled 30% of persons surveyed when it first participated in cycling in 1997, has now reached 75%. The insurer thus considers that its investment, worth around €8.3 million every season, brings in the equivalent of around €60 million of advertising space in the various media formats such as TV, radio, printed press and websites. Businesses with less money to spend can also take advantage of the Tour de France by participating in the publicity caravan.

To feature amongst the 37 brands that send 180 promotional vehicles to drive around a few hours before the peloton, entertaining both young and old as they wait by the roadside, two options are available. Official partners of the Tour de France, such as LCL, PMU, Skoda and Vittel, can participate free of charge in the caravan, as stipulated in their sponsorship contract. The other businesses must pay €37,000 to ASO for the right to run four vehicles in this exceptional publicity parade. Advertisers also have to plan for huge quantities of freebies for the public. BIC, for example, distributes 400,000 articles to spectators, while the St-Michel biscuit company hands out 3 million madeleine cakes throughout the Tour.