The French Embassy and the UN on PTV World for the International Day for the Preservation of the Ozone Layer (September 16, 2015)

On the occasion of the 20th International Day for the Preservation of the Ozone Layer, the Embassy of France and United Nations Information Center were invited by Pakistan Television (PTV World) “Morning in the World” show to talk about the Montreal Protocol and the next steps needed to be taken in light of the global challenges posed by climate change and the plans for raising awareness in Pakistan in the run up to the Paris climate conference in December.

The speakers welcomed the concrete results of the Montreal Protocol, which should make it possible to achieve the goal of rebuilding the ozone layer by 2050. 98% of the substances identified by the protocol have been eliminated since it entered into effect.

They stressed that twenty-eight years to the day after the signing of the protocol, these results reflect the effectiveness of multilateral mobilization within the framework of the United Nations, when it is based on sound scientific knowledge and adequate means of implementation.

This success provided an incentive to increase our common efforts as we prepare for the Paris Climate Conference.

The Embassy of France announced the tenure of an important Forum on Climate Change in Pakistan in the run up to the COP21 Conference, which will take place in the Alhamra premices, in Lahore on 13-14 October 2015. 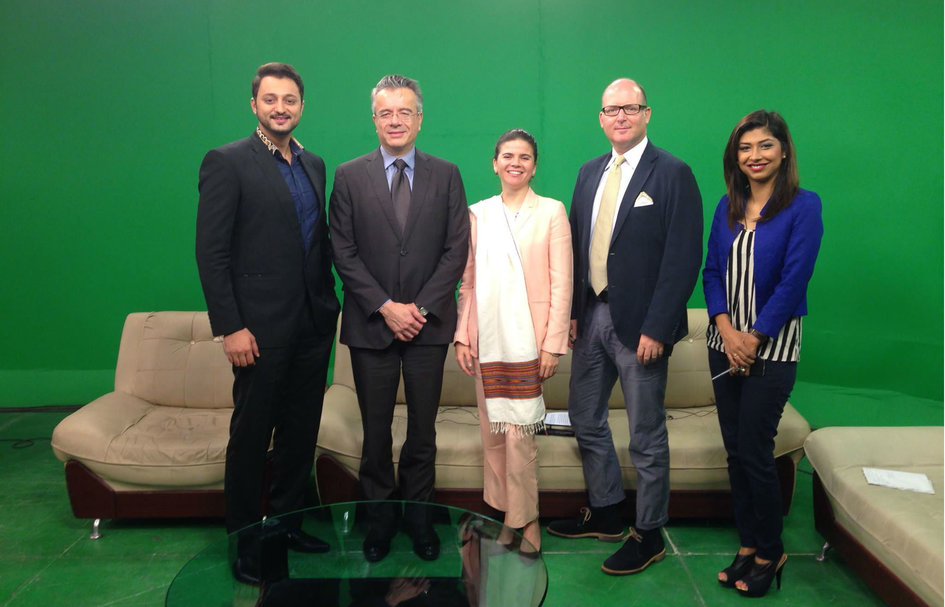 To know more about the Lahore Forum click here.

In the run up to the Paris Climate 2015 conference (COP21) that will take place in December 2015 in Paris, the Climate Forum organized in Lahore on October 13th and 14th 2015, offers an unprecedented opportunity to all Pakistani stakeholders to coordinate their action.

This Forum conceived and supported by the Embassy of France, is led by a large platform of INGO, NGO, academic and governmental institutions and UN agencies. The event is also financially supported by a few public and private companies particularly committed to tackling climate change. The aim of the event is to reach one of the goals of the “Lima-Paris Action Agenda” i.e. the creation of sustainable partnership between civil society, local authorities and private sector in order to find and implement solutions to mitigate or adapt to climate change. Showcasing “made in Pakistan” solutions to tackle climate change will be one of the objectives of the forum.

The great premises of Alhamra in Lahore, where the forum will take place, will host a large public, and will be the perfect resonance box to spread the message that climate change is definitely everyone’s concern.