The Fête de la Musique: a French invention and an export success story 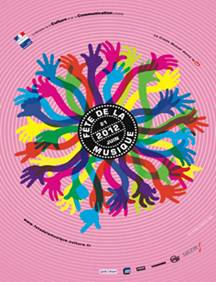 French streets have been filled with the sounds of the Fête de la Musique every 21 June for almost 30 years. Over time, the annual summer music festival has become an international event thanks to the dynamism of France’s cultural network around the world.

The 31st Fête de la Musique will focus this year on pop music, a huge social and cultural phenomenon that emerged 50 years ago. Pop art, the songs of the 1960s and the legendary original bands will all have pride of place on 21 June 2012.

Every year, France celebrates live music with amateur and professional concerts in all sorts of places, including some highly unusual ones, ranging from parks and streets to bars, restaurants, the courtyards of buildings and even museums, prisons and hospitals. The Fête de la Musique was created in France in 1982 and began to be exported in 1985 to mark the European Year of Music.

Today, the biggest musical event in the world is celebrated on five continents. In 2011, 123 countries took part in the popular event, which is free of charge. The figure looks set to be even higher in 2012. It is a national event in several countries including Italy, Colombia, Greece and Luxembourg, whilst cities such as Geneva and Valparaiso also have their own version.

This year a major event called Les Echos de la Fête is taking place in La Bellevilloise, a major independent, multidisciplinary centre for the arts in Paris, which now devotes a space of over 2,000 m² to all kinds of expression and experimentation. The centre is offering its visitors a comprehensive world tour of the Fêtes de la Musique. Organisers from all over the world will be sending photos of their event via the internet, either in real time or with a very slight delay. The aim is to promote the festival’s diversity and the universality of the concept behind it.

The first Fête de la Musique took place in France on 21 June 1982, coinciding with the summer solstice. The driving forces behind the event were France’s then Minister of Culture, Jack Lang and Maurice Fleuret, Director of Music and Dance. Their idea was to make room for rock, jazz and song alongside more classical forms of music and they wanted above all to celebrate amateur music-making.

At the time, five million French people and one young person in two played a musical instrument. So why not get them out into the street? “21 June 1982 was the scariest day of my life,” Jack Lang recalls with a smile. Fortunately, over a million French people responded to the call to “make music”: the event was an immediate success and received extensive media coverage.

The Fête de la Musique was also able to spread well beyond France’s national borders thanks to the dynamism of the country’s cultural network, combined with the involvement of local stakeholders such as music schools, associations and municipalities.

In 1994, the French Ministry of Culture handed responsibility for coordinating the event both nationally and internationally to the ADCEP (Association pour le Développement de la Création, Études et Projets). Its role is to raise public awareness about the event, offer artistic and technical advice, centralise and develop programmes and finally, provide promotional materials. Of course the ADCEP also works in conjunction with professionals and institutional partners such as embassies, French cultural institutions abroad, the Alliance française network and others.

Laurence Lalatonne, who is responsible for cultural affairs at the Fondation Alliance Française, explains that the Fête de la Musique is one of the two major events organised by the Alliance network around the world, alongside the Fête de la Francophonie festival of the French language: “There’s tremendous enthusiasm all over the world. The programme is carefully chosen and focuses mainly on local artists, although French musicians do sometimes take part in events all over the world.”

On the European level, a network of key players and institutional partners formed the Fête Européenne de la Musique association in 1995. The association helps musicians to set up exchanges between countries: this year Bremen in Germany and Czestochowa in Poland have become the latest to join the network.

So what about the specific characteristics of each country’s own national culture? According to Sylvie Canal, “there are obviously cultural adjustments to be made. In Northern Europe, the festival takes place a few days after 21 June, because they celebrate St John’s Day. In the southern hemisphere, events tend to be indoors, because it’s the start of winter.”

So is it really a universal festival? The general coordinator of the Fête de la Musique certainly thinks so: “The festival is successful everywhere because it’s a huge popular event that’s accessible to people of all ages. But also because everyone can play or at least sing; music is a very accessible art form and above all, a universal language.”

The event is still built around three main ideas: that it is free of charge, focuses on musical discovery and sparks curiosity. The Fête de la Musique belongs to the people who make it happen: a fine example of the democratisation of the arts.