Home > News > Archives > Archives 2005 > October > The Ambassador of France to Pakistan presents his credentials to the (...) 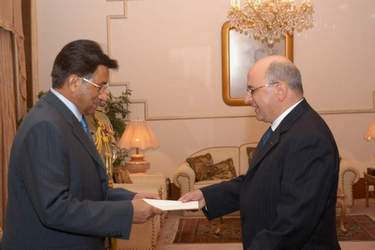 Mr. Régis de Belenet, Ambassador of France to Pakistan, who arrived in Islamabad on September 21, presented his credentials to President Musharraf on Friday September 30, 2005 during a ceremony held at the Presidency. Mrs. Françoise Maylié, Minister Counsellor at the Embassy of France and Colonel Olivier Rittimann, Defence Attaché, were also present on this occasion. 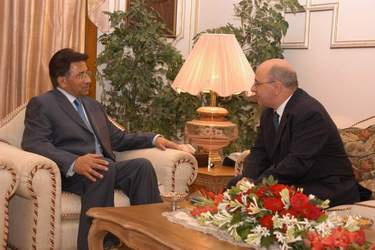 Mr. Régis de Belenet conveyed to President Musharaf, on this occasion, a message of friendship from President Jacques Chirac and highlighted the importance that the French authorities attach to the role of Pakistan for strengthening the regional stability, and the politics of development led by President Musharraf and his Government. 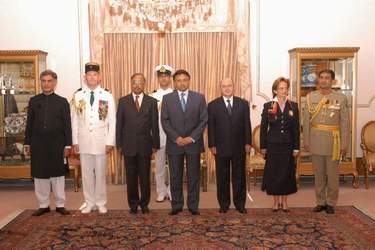