Home > News > Archives > Archives 2019 > Telephone call between the French President and the Prime Minister of (...) 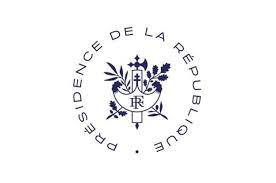 The President of the French Republic, Emmanuel Macron, spoke with the Prime Minister of Pakistan, Imran Khan, by telephone on Wednesday, 28 August.

He confirmed his commitment to the relationship between France and Pakistan, which is of long standing and based on friendship and mutual respect, and expressed his desire to work towards strengthening bilateral dialogue and economic relations between the two countries.

Concerning the situation in Jammu and Kashmir, the French President reiterated that it was up to India and Pakistan to resolve this crisis through bilateral political dialogue.

He underlined that all parties needed to refrain from taking steps likely to increase tensions, while continuing efforts to end cross-border terrorist activities. He recalled that France’s focus was on ensuring that the interests, rights and humanitarian needs of civilian populations were taken into account in the regions on both sides of the Line of Control.