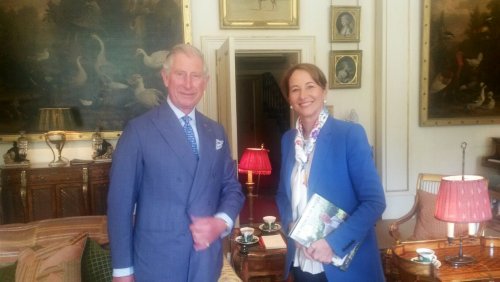 Ségolène Royal, Minister of Ecology, Sustainable Development and Energy, was in London on Thursday 28 May as part of preparations for the UN Climate Change Conference taking place in Paris in December 2015 (COP21).

The Minister also invited The Prince of Wales to a “Summit of Conscience for the Climate” taking place in Paris on 21 July. The summit, which will be opened by President Hollande, will bring together 20 to 30 key ethical and religious figures who will explain how their faith, philosophy and vision of the world have led them to take action to protect the planet.

The Minister also met with her UK counterpart Amber Rudd, Secretary of State for Energy and Climate Change, to discuss France and the UK’s ambitions for COP21 and the progress of international negotiations ahead of the Paris summit. 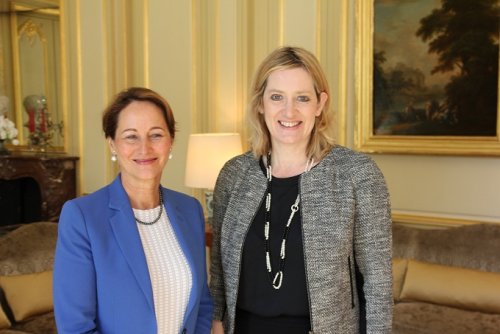 Speaking about the chances of reaching a universal deal on climate change in Paris, and the important role of businesses, Ségolène Royal said: “Today, everyone is realising that taking up the climate challenge is an opportunity. That’s the big change. Up until now, the climate and ecology have been seen as obstacles, but now business is beginning to see that combatting climate change can be a source of economic growth and development.”

COP21 will take place between 30 November and 11 December 2015 at the Paris-Le Bourget site. This international conference, which will bring together a total of 40,000 participants, is the largest diplomatic event ever hosted by France and one of the largest climate conferences ever organised. The aim of the conference is to establish an internationally-binding agreement on post-2020 emissions reduction targets to ensure that global warming is limited to below 2°C.