SAVE THE DATE "Night of Ideas" on January 28 at 7PM

This panel discussion will be an invitation to travel in Mughal times. It will seek to reflect on one of the first waves of global connections unleashed by the Mughals.

It will highlight how contact with diverse cultures and faiths within the Mughal empire, and with other territories affected the Mughal dynasty’s self-identity.

It will underline how this dialogue across cultures was reflected in arts, particularly music and dance.

It will seek to understand the role of kinship networks and movements, including Sufi networks, in the circulation of ideas and knowledge across the Mughal Empire.

The panel will also draw from the perspectives of illustrious visitors from Central Asia and beyond to the Mughal court.

In a world marked by rising populism and nationalism, and where the Covid-19 pandemic has severely constrained domestic and international travel, the panel will seek to inform our own experiences by learning from those of travelers and denizens of the Mughal Empire.

Organised jointly by the French Embassy to Pakistan, ThinkFest Pakistan, and Alliance Française Pakistan, with the support of Black box Sounds. 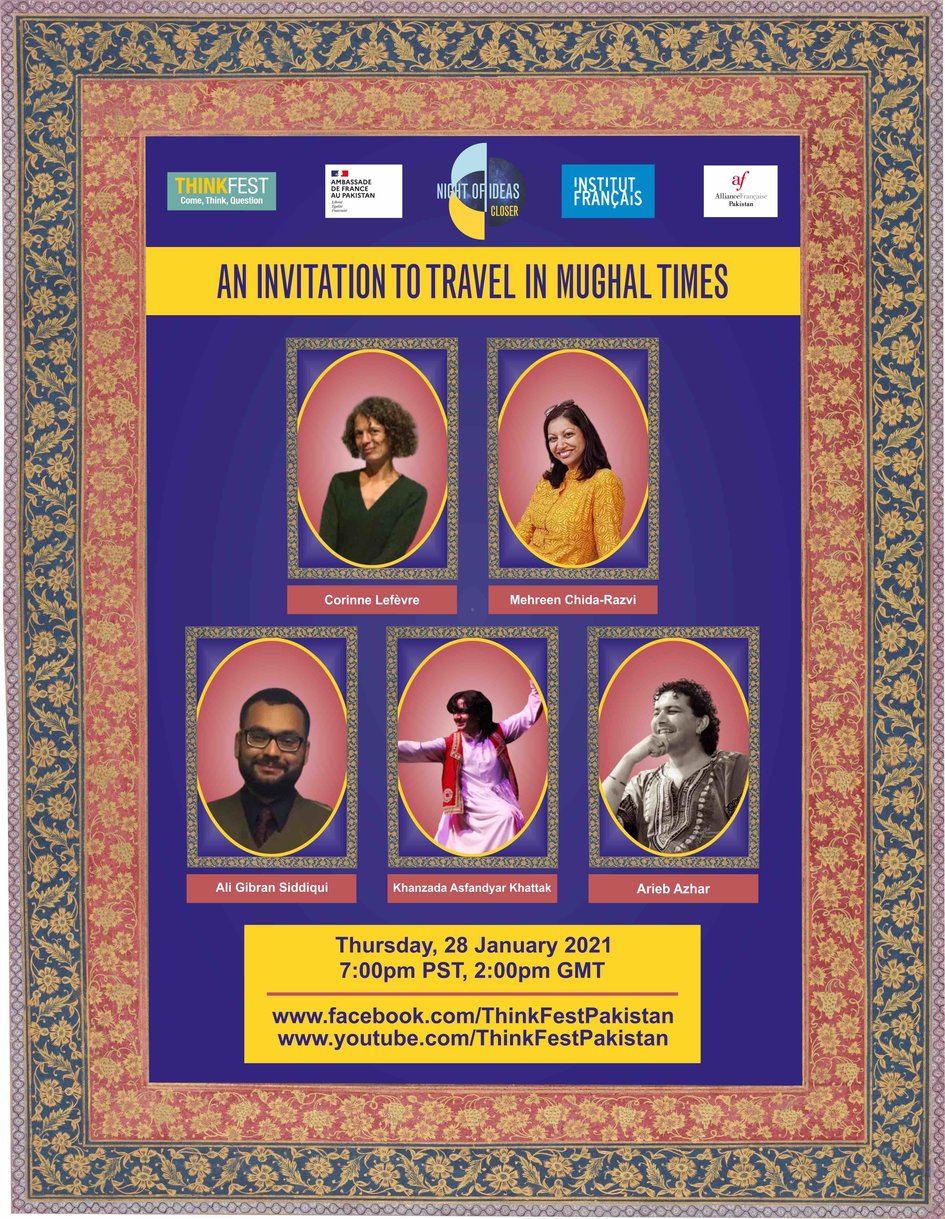