From 21 May to 9 June, the world’s top tennis players will battle it out for the title of French Open champion at Roland Garros in Paris. For superstars like Nadal, Djokovic, Llodra and Gasquet as well as spectators from the world over, Roland Garros is not just another tennis tournament - it is a showcase for all of France. 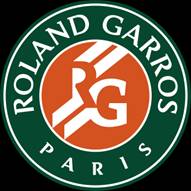 Since the first tournament held at Porte d’Auteuil, Paris in 1928, the aura of Roland Garros has increased year on year, with dazzling sporting achievements and the biggest names in international tennis. Due to the immense success of the "Four Musketeers" (Borota, Brugnon, Cochet and Lacoste) in the early days of French professional tennis, the tournament quickly became a global event. In 1968, it was, in fact, the first Grand Slam tournament to allow both amateurs and professionals to compete. Since then, the feats of players like Björn Borg, Mats Wilander and Gustavo Kuerten have lived long in the memory. From a French perspective, however, it is Yannick Noah’s victory in 1983 that is most fondly remembered.

Today, the tournament’s success is built on the almost 10,000 people working every day to organize it, as well as long-standing sponsors such as BNP Paribas, which has been an official partner for 40 years and Lacoste, which this year celebrates the 80th anniversary of its famous “green crocodile” polo shirt.

“For the French Tennis Federation, Roland Garros is a profitable enterprise which allows us to maintain the tournament and fund all French competitions,” explains Christophe Fagniez, the tournament’s Director of Operations. “We reinvest over €20 million in the Federation each year.” Total turnover for the 2013 tournament should reach €160 million, mostly from TV rights, public relations events and partnerships. Ticket sales account for about €29 million.

The charm of Roland Garros

For the players, the main objective is clearly to win the tournament and go down in the history of tennis, but Roland Garros also enables them to experience a unique tennis environment. "Winning at Roland Garros carries real prestige, but even taking part gives players an opportunity to follow in the footsteps of Noah, Agassi and all the big names of world tennis – all the while surrounded by the charms of Paris," explains Fagniez. As of this year, the tournament organizers have decided to increase the competition’s total prize money, with all players earning 15% more than in 2012. A total of €22 million will be paid out, bringing the French Open in line with its rivals. 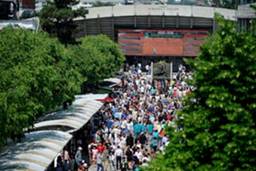 While 80% of the spectators are French, more and more foreign visitors and media can be seen each year. Coverage of the tournament and thus of France is provided by 137 global broadcasters and over 1,300 accredited journalists. “There is clearly a Roland Garros effect,” says the Director of Operations. “The visitors want to enjoy the tennis, but also the setting. This is a historic tournament ideally located at the gateway to Paris, with an enchanting view of the Eiffel Tower.”

For this 83rd edition, the world’s biggest clay-court tournament is undergoing something of a facelift in order to better meet the needs of both players and spectators. The organizers are working to further improve conditions for the 430,000 expected visitors and the 128 male and 128 female players in the main draws: enhancing the green spaces, improving signposting and phasing out regular admission tickets in favour of e-tickets in order to facilitate movement within the stadium.

But the most significant improvements are still to come in the form of the stadium’s development project, which should be completed by 2018. This involves upgrading the facilities to cater for more spectators, introducing night sessions and installing a roof on the Philippe Chatrier Court. “We must retain the charm of Roland Garros. This modernization is clearly needed within the next five to six years, as unlike the other Grand Slam tournaments, we cannot compete in terms of size,” says Christophe Fagniez.