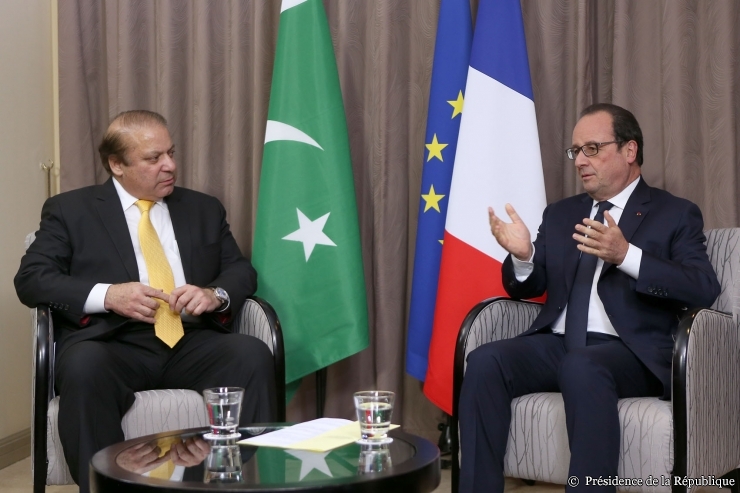 François Hollande, President of the French Republic met Nawaz Sharif, Prime Minister of the Islamic Republic of Pakistan, on the sidelines of the Commonwealth Summit on the 27 November in La Valette, Malta.

Were discussed in particular the fight against terrorism as well as the Paris Conference on Climate change, to which Prime Minister Nawaz Sharif is expected to participate on the 30 November.