Pakistan – Murder of Pakistani journalist Mukarram Khan Aatif :Statement made by the French Ministry of Foreign and European Affairs Spokesperson

France utterly condemns the murder of Pakistani journalist Mukarram Khan Atif on Tuesday, January 17 in a mosque in the town of Shabqadar (Khyber-Pakhtunkhwa province) while he was attending prayers. Those responsible for this heinous act, for which the Pakistani Taliban is claiming responsibility, must be prosecuted and condemned.

Mr. Aatif had been courageously doing his job for 15 years, working mainly in Pakistan’s dangerous tribal areas for a number of media organizations, and recently for the Pashto language service of the “Voice of America” radio station.

France expresses its condolences and sympathy to the members of Mr. Aatif’s family, as well as to those close to him, and reaffirms its attachment to the freedom of the press in Pakistan and everywhere in the world. 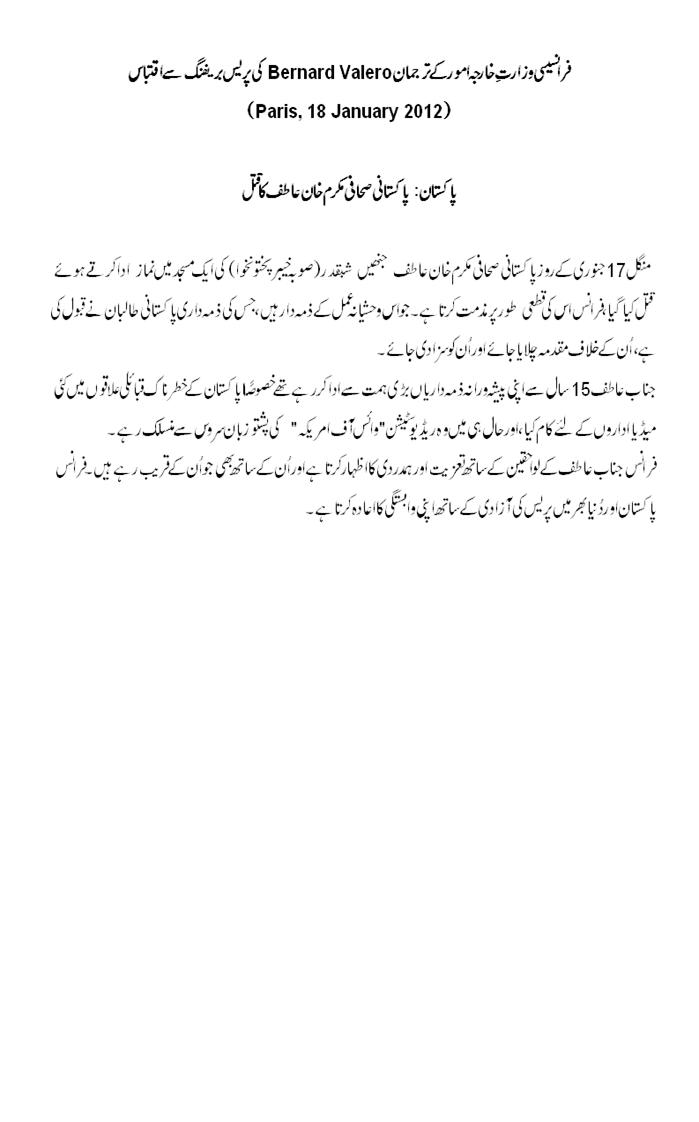