Pakistan – Attack in the town of Jamrud:Statement made by the French Ministry of Foreign and European Affairs Spokesperson

France condemns the cowardly attack which has just, once again, targeted the town of Jamrud in Pakistan; the latest reports indicate that the attack has left 35 people dead and more than 60 injured.

Because of its opposition to the Taliban’s presence in the region, the town of Jamrud, which lies close to the border with Afghanistan, is frequently targeted by attacks, the most recent of which killed 43 people in a mosque in August.

France commends the courage shown by the town’s inhabitants and, in these tragic circumstances, expresses its wholehearted solidarity with all victims of terrorism.

France stands alongside all those who are fighting against terrorism. 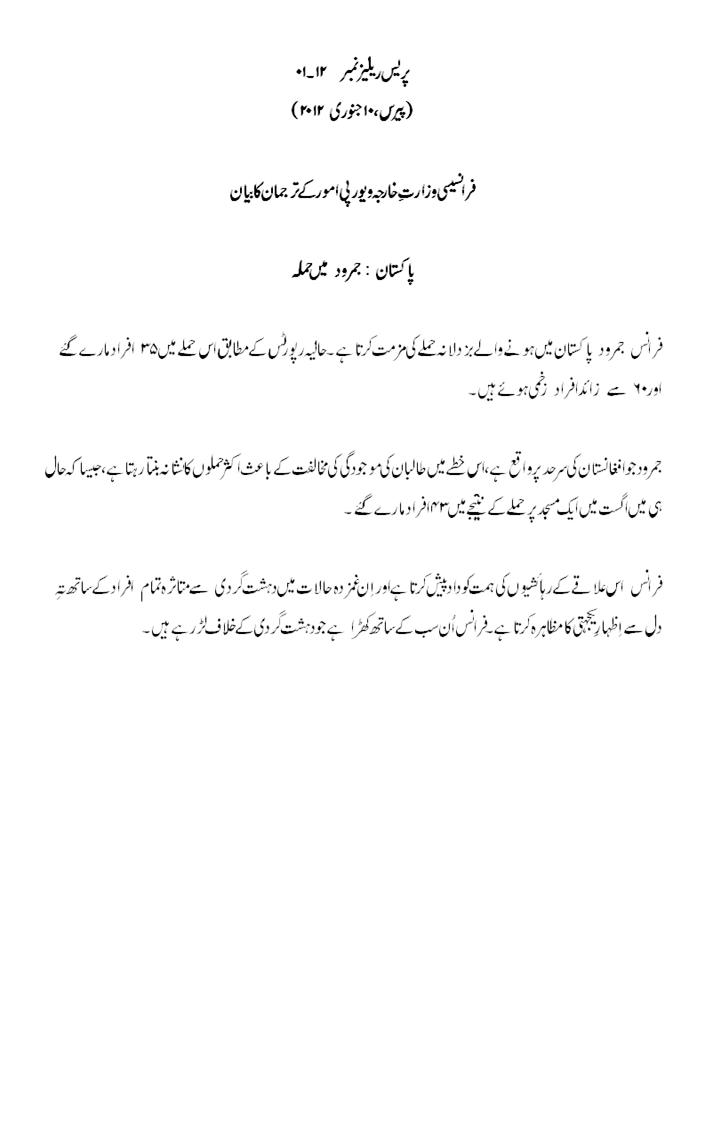