Opening Ceremony of an exhibition “Art from Balochistan” at Gallery Louvre, Islamabad 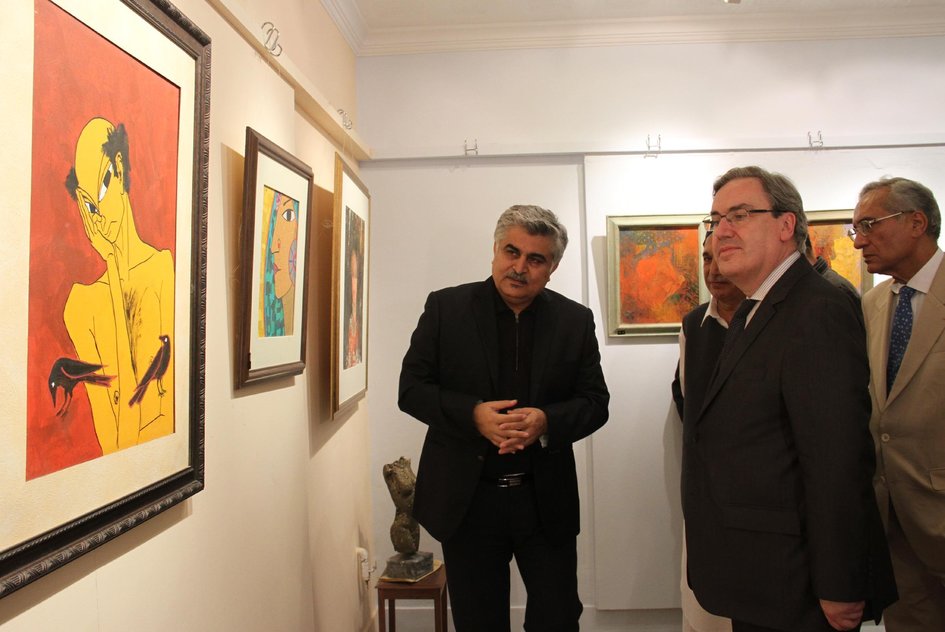 The exhibition, facilitated by the French Embassy in Pakistan, in collaboration with the Alliance Française of Islamabad, presents the work of 7 renowned artists of Baluchistan. The work of those famous artists will be displayed from the 3rd of October till the 8th of the same month at the Gallery Louvre, in order to allow for art lovers of the capital to discover or rediscover the contributions of those great masters to Pakistan contemporary culture scene. 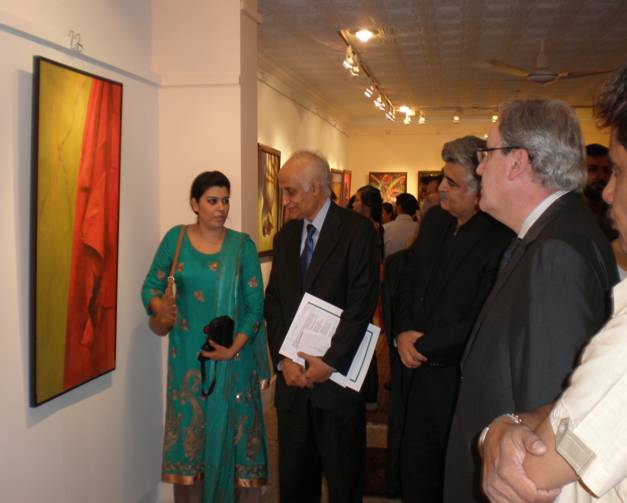 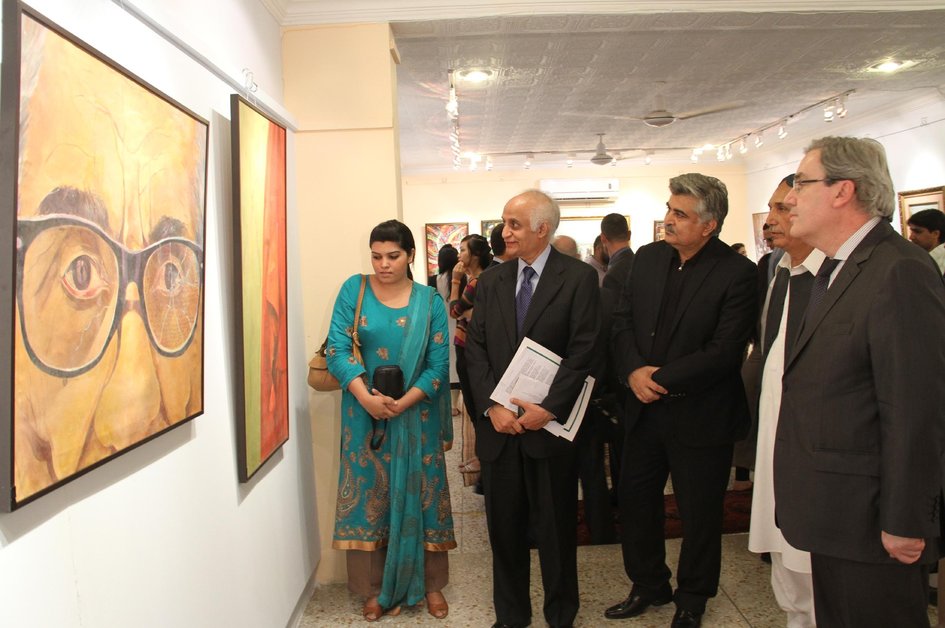 Jamal Shah, a well known actor, director, painter, and social worker is a keen supporter of the initiative. Himself from Balochistan, he was born in Quetta in the 50s and established in 1984 the Fine Arts Department of the University of Baluchistan. He pursued his promotion of Baloch art by creating in 1985 the Artists Association of Balochistan, he later on became the first Chairman of Artists Association of Pakistan. He is currently the director of HunerKada art academy in Islamabad.

The exhibition will explore the production of Quetta based artist exclusively, namely:

Nisar Ahmed, bachelor of fine arts at National College of Arts of Lahore, displayed in various solo and group exhibitions in Pakistan and abroad.

Kaleem Khan, holder of presidential “pride of performance award” Gold medallist, participated in several group and solo exhibitions in Pakistan as well as in many countries.

Aziz Mengal is a professor in government commercial college of Quetta; expert of Brahvi Literature, he participated in various group exhibitions in Quetta.

Syed Mubarak Shah, bachelors of Fine Arts University of Baluchistan, participated in many exhibitions in Pakistan; he participated in World Expo Aichi Japan, for Pakistan pavilion as sculptor.

Akram Dost Baloch is chairman of Quetta University of Baluchistan; achiever of presidential pride of performance award, he graduated from National College of Arts of Lahore; he is a very well known painter and travels all over the world to participate in famous international shows.

Aysha Sajid masters of fine arts at Punjab University Lahore and participated in several group exhibitions in Lahore and Quetta. 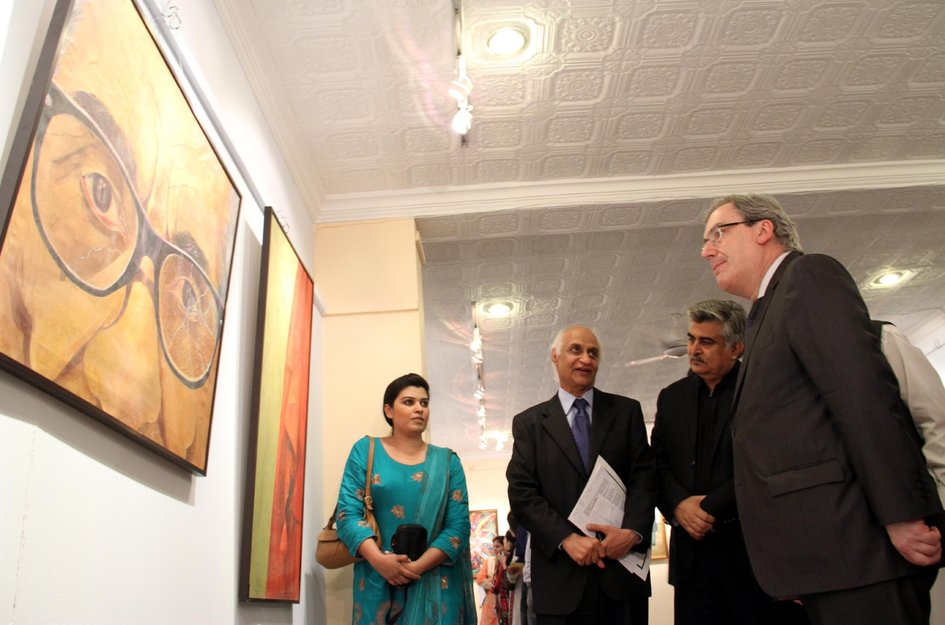 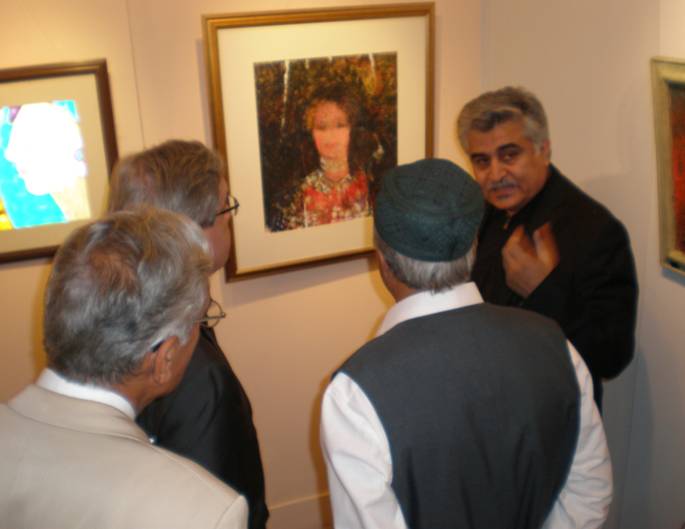 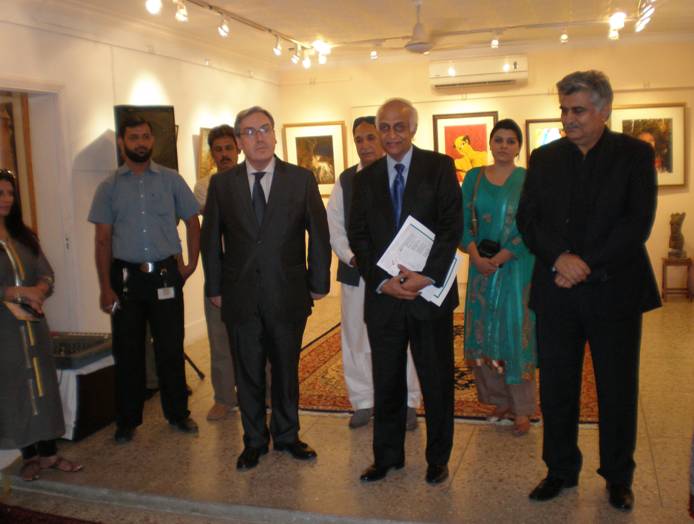