“Create forums for discussion and try to sow the seeds for France’s Apple of the future.” This is the aim of the organizers of the international Industry and Design (ID) Summit, to take place in Nantes on 5-6 September. 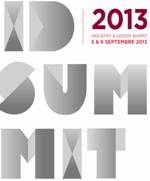 For the 1st Industry and Design Summit, the Premier Cercle think tank and Le Public Système agency have brought together some big names in industry and design, two competitive sectors which are growing in France. While industry accounts for about 18% of French GDP, the turnover for design remains unclear, standing between 3.6 and 7.1 billion euros, in a sector with over 30,000 designers.

Reopening the marketplace of ideas

For the organizers, the aim is to enable French industry to rediscover its inventiveness, as during the industrial revolution, characterized by the emergence of cars and trains and the boom in the textile industry, France was at the cutting-edge of innovation. “France has significant intangible heritage, based on creativity, good taste, adaptability and reactivity,” explains Frédéric Bedin, head of the Public Système agency. “We must play to our strengths.” And France has no shortage of those.

From Seb to the Vélib

Like Seb, certain manufacturers have already recognized the need to merge industry and design. The household appliances manufacturer has been able to add original ergonomics to its technology by anticipating customer needs. This enabled it to become number one in China, with the pressure cooker and the concept of oil-free cooking.

Yann Barbaux, Chief Innovation Officer at European aircraft manufacturer Airbus will explain how his company, by using design, worked on the atmosphere in its aeroplanes in order to provide customers with a more peaceful environment, to combat stress and to improve comfort levels.

“A good design is the result of dialogue between users, uses and the company,” says designer Jean-Louis Fréchin. Such was the type of dialogue used by JCDecaux in developing the Vélib, which has become a case study at the renowned MIT Institute in the United States. “By working together, a poster display firm, a town planner, an engineer and a bike manufacturer were able to design an object which revolutionized urban landscapes and forms of mobility,” comments Frédéric Bedin.

From industry giants to SMEs 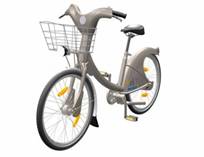 All manufacturing sectors can use design to launch new ranges or products. “French products are often intelligent and perform well, but conversely, they are often drab and undesirable,” says Jean-Louis Fréchin. “We have a proven track record in the art of living and luxury products, and it is important to capitalize on that aspect of our culture in each of our SMEs’ products, regardless of their sector of activity.”

All of the round table discussions must include the major groups and SMEs such as TMC Innovation, which specializes in public lighting and Bel’M, a door manufacturer, as well as designers.

Among the themes to be discussed are integrating design into companies’ structures, the role of design in innovation and issues relating to this merging of design and industry.

In total, over 500 people are expected in Nantes, a city which is both industrial and innovative. “All that is missing is some of the major American and Asian brands which are pioneers in the field but remain immersed in a culture of permanent secrecy,” explains Patrice Cros, head of Premier Cercle.

Students of design and intellectual property rights, as well as politicians such as the Minister for Production Recovery, Arnaud Montebourg, have also been invited, as according to Jean-Louis Fréchin, “the State also has a national and symbolic role to play as a leader and ambassador for these ambitions.”