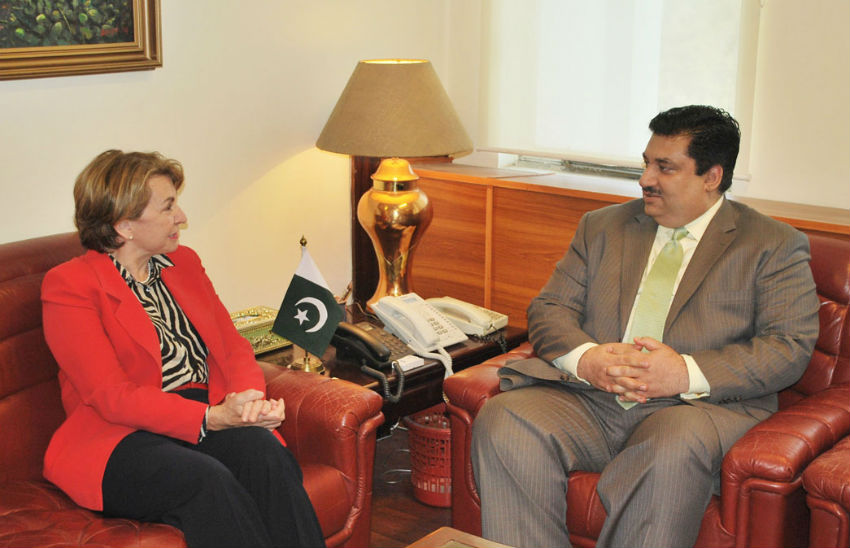 Her Excellency Mrs. Martine DORANCE, Ambassador of France to Pakistan, met with Mr. Khurram Dastgir, Federal Minister for Commerce, on April 8 in Islamabad. She was accompanied by the Head of the Economic Department of the Embassy, Mr. Eric NOITAKIS. Bilateral issues were raised. In particular, the ambassador highlighted the results of the last joint commission on economic and commercial subjects, held in Paris on 16 March, 2015; the Minister for Commerce expressed his wish to increase our bilateral trade exchanges. As such he was eager to facilitate the arrival of French companies in Pakistan and delegations traveling to France on the occasion of trade exhibitions.