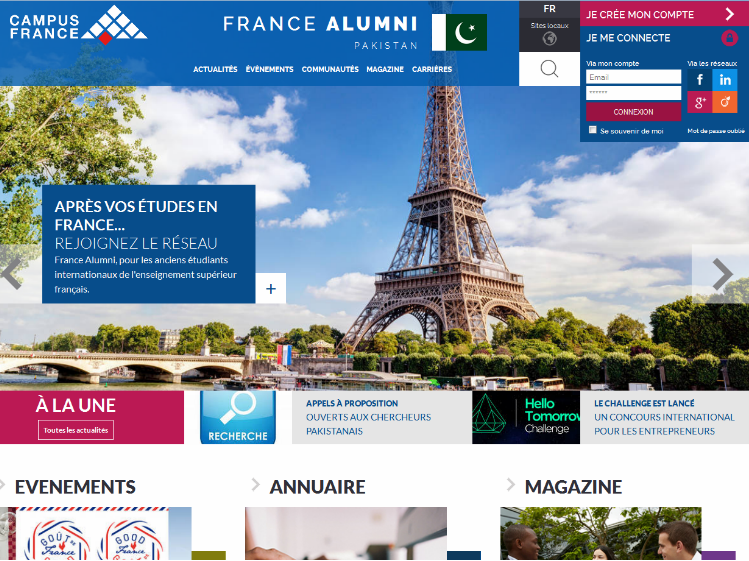 On 3rd March 2015, the Embassy of France in Islamabad presented the Pakistani version of the social network France Alumni to the members of the Pakistani French Alumni Network, a network of former Pakistani scholars who studied in France.

The international version of the digital platform of France Alumni was launched on 26th November 2014 by the French Minister for Foreign Affairs, Mr. Laurent Fabius. This social network allows hundreds of thousands of foreign students who study each year in France to stay in touch with the French culture, schools, universities and companies, once their stay in France is completed.

This international website is complemented by local websites, animated by the Embassies. In Pakistan, this website will inform members about the possibilities of scholarships, collaborations with French universities and cultural events in Pakistan. It also offers an opportunity to tie new economic and academic partnerships, between French companies and universities and the alumni.