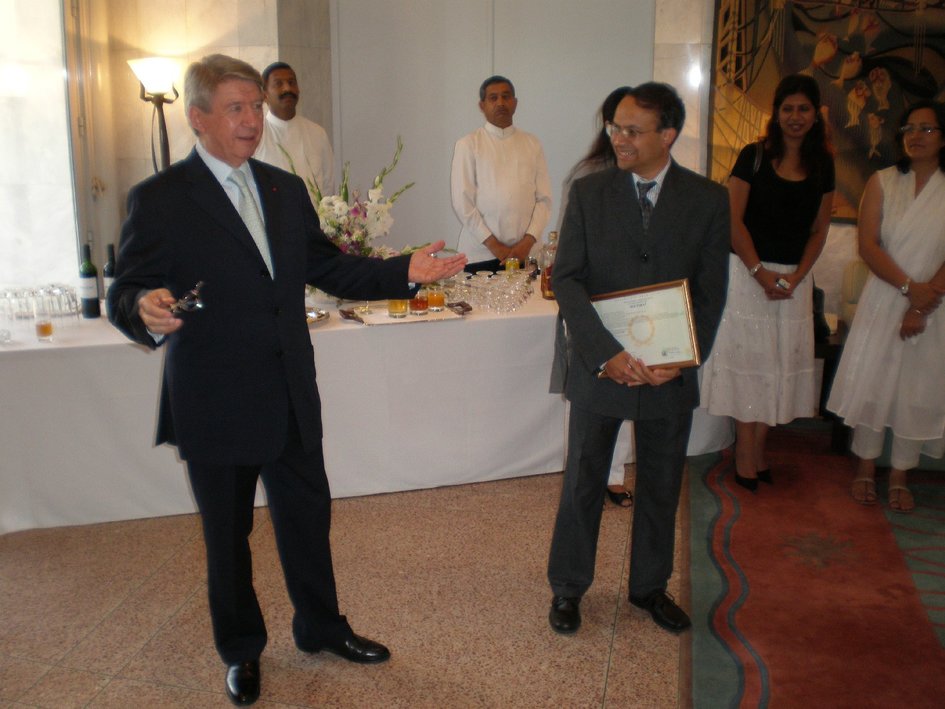 The French Ambassador Daniel Jouanneau hosted on Monday a well - attended function to celebrate the creation of the alumni club, called Pakistan French Alumni network (PFAN), for Pakistani who graduated from French Universities. Former students from all walks of life were present at the French Envoy’s residence, along with Mrs Shahnaz Wazir Ali, chairperson of the Higher Education Commission, the Vice Chancellors of Quaid-e-Azam University and University of Agriculture of Faisalabad and the Pro-Rector of NUST.

They are currently 514 Pakistani students sponsored by HEC  completing their PhDs in French universities. The aim of that club is to tighten the bonds between former French universities students in Pakistan and to create an active and dynamic community. The Club is based in Islamabad and supported financially by the French Embassy in Pakistan. Eventually,  it should spread, through local branches, to other main cities of Pakistan where graduates from French Universities are located and a website should be created soon.

More information about PFAN is available on the website of the French embassy.