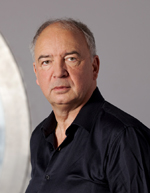 Specializing in the Middle East, Jean-Pierre Perrin has covered a high number of conflicts for AFP and presently for “Liberation” in Lebanon, Palestine, Israel, Iraq, Kurdistan, Libya, Egypt, Yemen, Syria … His first assignment was in Iran where he reported on Iraq-Iran war and the Islamic revolution.

From 1982 to 1985, he did several trips through out Afghanistan, from Panjshir to Kandhar, with the mujahideen, He was one of the first journalists to interview Ahmad Shah Massoud whom he met several times. He met also some other eminent guerilla fighters like Abdul Haq or Jalal ud-Din Haqqani. He twice witnessed the fall of Kabul : in 1992, when the Najibullah regime collapsed and in 1996 when the Talibans defeated Massoud.

He has written several books, including Jours de poussière (Days of dust) about Afghanistan, which has received many awards ; Les Rolling Stones sont à Baghdad (The Rolling Stones are in Baghdad) on the fall of Saddam Hussein and the American invasion of Iraq. He is also a novelist. He is a regular contributor to “Politique internationale” , a French analysis review on foreign issues. He is married and has two sons. 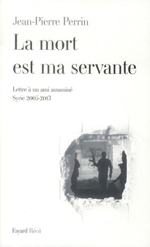 By a beautiful morning in Beirut nearly ten years ago, the Syrian Moukhabarat (Intelligence) assassinated Samir Kassir, a foremost public intellectual. He was the best known columnist in Beirut, He carried the torch of an independent and informed journalist, a well-known historian, a valuable member of the opposition, a professor, as well a writer. His last essay, “Being Arab”, is a thought-provoking assessment of Arab identity, in which he calls on the people of the Middle East to reject both Western double standards and Islamism in order to take the future into their own hands. He wanted to become a novelist as well. That‘s why he wanted me, as a long time friend and being myself a novelist, to give him advice. For that, we decided to meet this 2nd June 2005 in a small café. But I was obliged to postpone our appointment at the last moment. Some minutes after my call, he was killed in the blast of his car. I felt myself was in a deep sorrow and felt uncomfortable : will he be still alive if I had not missed our rendezvous ?

He was both Lebanese and French, but with a Palestinian and Syrian origin. He was defending the idea there could not be any democracy in the Arab world without democracy in Syria. Three years after the beginning of the Syrian uprising, I decided to write a posthumous letter to him for paying my homage and for telling him the unbearable agony of the country to which his mother belonged. This long letter has now become a book “The death is my servant”

I wanted to write only about my experiences, how I met war in Syria, mostly on the side of the Syrian rebels. To tell facts, of course, only facts and explanations but in connection with History, Literature and Culture without hiding my very personal feelings, including my fear of being arrested by the Syrian army, killed or tortured. All my trips inside Syria were dramatic : I lost friends like Mary Colvin, the very famous Sunday Times war reporter, killed by a shell in Homs. I saw the destruction of historical cities and a population in deep despair. I saw people who had been tortured nearly to death. I saw the rise of the worst radical groups like ISIS (Islamic Sate), those who, recently, burnt alive a Jordanian pilot in a cage. I felt myself in big trouble trying to reach Homs, crawling through a three kilometre long water duct.

I think the Syrian conflict will last a long time and will make the Middle East a riskier place, with grave consequences for the entire world. Syria will continue to haunt for a long time all those who have tried to cover it, as is the case with me. That is why I wrote this book.