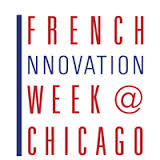 The recent opening of a French Tech Hub in San Francisco inaugurated by French President François Hollandeis the latest example of France’s commitment to innovation and digital technology. Many different initiatives are underway to boost long-term competitiveness and growth.

France: a leader in startups and innovative companies

France is ranked second in Europe and fourth worldwide for the most number of patents filed.

According to a 2013 Thomson Reuters report, 12 French groups (includingAIRBUS, L’OREAL, SAINT GOBAIN, ALCATEL LUCENT and VALEO) are among the top 100 global innovators, making France the third top country, after the U.S. and Japan.

In Deloitte’s 2013 list of the 500 fastest growing startups in Europe, Africa and the Middle East, French companies dominate for the fourth year in a row. Eighty-six French companies made the list, including Ymagisin the top spot.In 2012, Criteo, now quoted on NASDAQ, ranked first.

President Hollanderecently announced a streamlined“one-stop shop process”to attractforeign startups in France, combined with a financial contribution to help them launch.

France has the largest research and development (R&D)tax credit in Europe,which covers 30 percent of all R&D costs up to $140 million, and 5 percent above this threshold. Innovation expenses incurred by small and medium-sized enterprises (SMEs) are also eligible for the research tax credit (up to $110,000per year). This tax benefit for innovative companies totals$69 billion.

France has a $65 billion National Investment Program aimed at increasing growth potential by fostering investment in higher education and training, scientific and technological research, world-class industrial sectors and innovative SMEs, green technologies and the digital economy.$300 million is specifically earmarked to stimulate the creation and development of French digital companies in France and abroad.

In France, there are 71 innovation clusters, inspired by the American model, that bring together universities, private companies and research centers, as well as new technology research institutions benefiting from public/private joint investments. These clusters are attracting international partnerships, and 17 cooperation projects with American partners are already in place.

Innovation 2030, a worldwide innovation challenge, was launched in December 2013. The challenge is open to French and foreign startups, as well as innovative companies, and is supported by $400 million from the French public investment bank (www.bpifrance.fr). The goal is to co-finance innovative projects in seven strategic fields: energy storage, recycling of metals, development of marine resources, plant proteins and plant chemistry, personalized medicine, the “silver economy” (innovation in the service of senior citizens) and big data. (www.innovation2030.org/en)