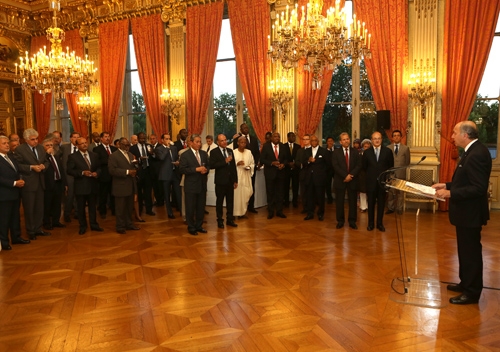 This evening the Quai d’Orsay is holding an Iftar dinner for the ambassadors of Organisation of Islamic Cooperation member states and leading Islamic officials in France. (Iftar is the meal that breaks the daily Ramadan fast.) Held each year, the event will be hosted, exceptionally, by European Affairs minister Harlem Désir as its usual host, Foreign Minister Fabius, has been detained in Vienna by the nuclear talks with Iran.

Mr. Fabius wanted this Iftar meal to place a special focus on the 2015 Paris Climate Conference. Several members of the climate negotiating team will be present and will brief the ambassadors on preparations for COP21.