Home > News > Archives > Archives 2012 > Handing over of a child by a Pakistani Court to her mother Statement made (...)

“We welcome the positive outcome reached on this issue.

In May 2005, a young French girl whose custody was entrusted to her mother by French judiciary was brought to Pakistan by her father.

Her father, who was facing an International arrest warrant for subtraction of child under custody of her mother and retention outside of France, was traced last week. The Lahore High Court confirmed on February 17 the handing over of the child to the mother, who accompanied by her daughter, went immediately back to France.

Our Embassy in Islamabad was fully mobilized for the assistance extended to our fellow-countrywoman in liaison with local authorities.

We are happy of this favourable issue, which paved the way - after a long-awaited period for the mother - to the implementation of the decisions taken equally by both the French and Pakistani judiciaries.

We thank the authorities of Pakistan for the quality of their cooperation.” 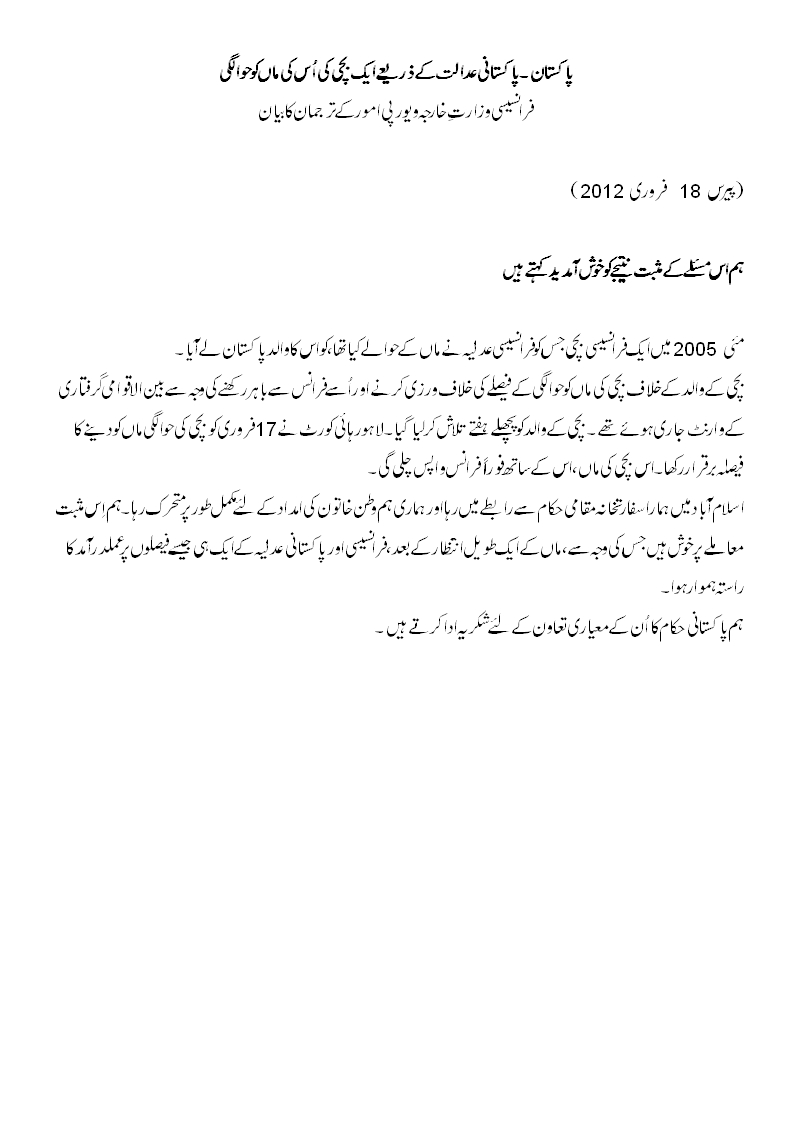