While it is true that many technological innovations have been created in the birthplace of IT in California, the French have been able to harness the Internet’s global success by developing models for the digital economy which have now become essentials, both in France and beyond. It is not widely known, for example, that sites such as Dailymotion, Meetic, Deezer, Ventes privées, Le Bon Coin, Cdiscount, Au féminin.com, Criteo and Withings were all created by “Frenchies”.

Founded in 2005 and bought out by Orange telecommunications group, the Dailymotion video-sharing website is without doubt one of French IT’s biggest success stories, with 120 million visitors and almost 2.5 billion videos viewed on the site each month. 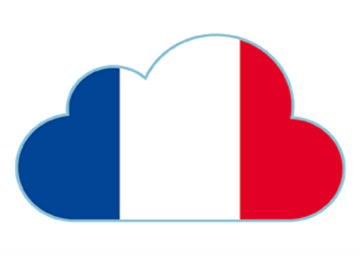 In the on-demand music sector, since 2007 Deezer has enabled users to select titles from a catalogue of over 30 million tracks. Today, it has 16 million users per month and 5 million premium subscribers.

How can advertisers further increase their visibility and commercial performance? The service Criteo, which retargets advertising based on users’ browsing history, is working successfully with more than 4,000 customers around the world. When a web user leaves the shopping site of an advertiser, the latter can send the shopper a more or less personalized message on another site to ensure that the potential customer returns to the advertiser. Established eight years ago, the company is quoted on the New York Stock Exchange (NYSE) and reports annual turnover of €400 million.

Where better than Meetic to find your soulmate? With a brand awareness of 98% in France and 840,000 subscribers, France’s number one online dating site helps 40,000 singles every week to set up their first date.

It was after a fruitless search to find information on pregnancy that Anne-Sophie Pastel had the idea to create Aufeminin.com in 1999. Over the years, the company has become the world’s leading online site for women, ranking first in many countries including France, Germany, Italy, Spain, Belgium, Switzerland and Canada.

Alongside international sites, Le Bon Coin uses its simplicity as a strength by allowing Internet users to easily view and post ads aimed at a local readership. A genuine platform for exchanges, the site manages over 23 million ads and the concept has now been widely used abroad.

Will car-sharing one day overshadow traditional modes of transport? In any case, BlaBlaCar, the leading website in the field, has been a roaring success and is now available in a dozen European countries. This young, dynamic company even intends to increase its growth via the $100 million it has just raised from Californian investors.

The boom in crowdfunding

As a result of the Internet, there has been a huge increase in crowdfunding, of which there are three types: reward-based, equity-based and credit-based. The worldwide leaders in the field are Ulule and KissKissBankBank, which are dedicated to all forms of creativity and innovation; any Internet user can request support from the public. Wiseed, which has just celebrated its 5th anniversary, is highly focused on equity-based crowdfunding and wants Internet users to become shareholders in start-ups. French companies are also present in the area of solidarity-based microcredit. The Babyloan platform, Europe’s leading site in this area, allows user to lend money to micro-entrepreneurs in France and in 13 countries around the world. Since its creation in 2008, Babyloan has had a repayment rate of 100%.

Vente-privee.com, which was founded in 2001, is France’s leading online company for event sales of major brands, with 3.5 million visitors per day. Available in eight European countries as well as the United States, it generated 10,100 event sales in 2013, selling 70 million products in the process. Its turnover increased by 23% in 2013 to reach €1.6 billion.

Online sales of car parts is another area which has benefitted from these new trends. Founded in 2001 by a car enthusiast, Oscaro.com has become Europe’s leading car parts site, sourcing its supplies directly from the largest equipment manufacturers and wholesalers and processing several thousand orders each month.

With turnover of over €1 billion, Cdiscount offers the best brand-name products at much lower prices than traditional distribution networks. The concept has been a huge success in Colombia, Vietnam and Thailand.

Original models on the path to success

“How’s your health?” In less than six years, Withings has become a global brand thanks to its smart products providing real-time health information. Its weighing scales which instantly display body mass index on your smartphone have achieved enormous success since their launch in 2009. Its innovative devices can even assess the quality of your sleep.

NB: The claims and opinions contained in this article, which aims to provide information on contemporary France, have no official value.