Two French guests participated to the 7th edition of the Karachi Literature Festival at the Beach Luxury Hotel from 5 to 7 February 2016. 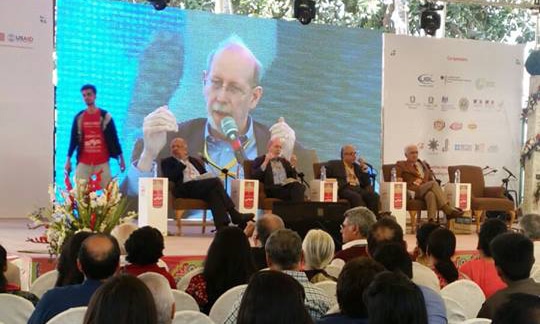 Jean-Luc RACINE participated to the panel on “ Kashmir: The Never-ending Conflict” on 7 February together with Mirza Waheed, Barkha Dutt and Rafique Kathwari, moderated by Farhan Bokhari.

• i) the internal dynamics of change in India;

• ii) the ways emerging India redefines her position on the Asian and on the global chessboards,

• iii) the geopolitics of South Asia, particularly Pakistan’s regional policy and India-Pakistan relations, including in their Afghan dimensions.

He has been part of second track circuits for many years. He speaks regularly in Asian, European and US institutions dedicated to international affairs or security studies, and appears in French and English speaking medias on South Asian affairs.

He has written or edited more than a dozen of books on India and on South Asia, including one coedited with Pakistani scholars Soofia Mumtaz and Imran Ali: Pakistan, Contours of State and Society, Oxford University Press, Karachi, 2003 His last edited books in French have been focussed on “India and Asia” (2009) and, as a special issue of the geopolitical journal Herodote, on the “Geopolitics of Pakistan” (2010).

He is presently editor of the Asia Yearbook (Annuaire Asie) published by the French Government press La documentation française (2013, 2014, 2015, 2016 forthcoming). 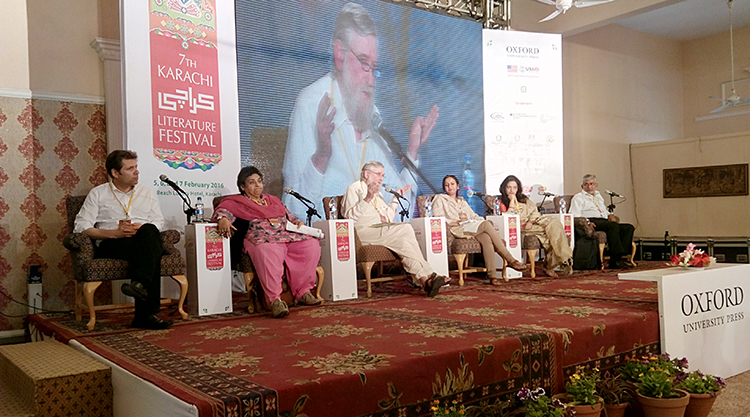 Olivier TRUC participated in three panels at the KLF 2016:

• Words and Images of the Day Saturday, 6 February 2016 together with Barkha Dutt, Farhan, Bokhari, and Fasih Ahmed Moderator: Ghazi Salahuddin

Olivier Truc has been a journalist since 1986 and has been based in Stockholm since 1994. He is currently the Nordic and Baltic regional correspondant for Le Monde. Olivier, who also previously worked for French daily newspaper Liberation, writes articles covering subjects spanning from politics, to economy, to social issues like immigration and minorities, with a special interest for the Arctic issues over the past years, and stretching from short news pieces to features and profiles.

He also produces television documentaries, including several 26 and 52 minutes documentaries broadcast in France, two of them awarded. One of the documentaries, "The last dive", tells the story of the North Sea divers who risked their lives and sanity to help Norway realize its dreams of oil prosperity. Two other documentaries shot in Norway and in France are about children born to German fathers during World War II, while one delves into the neo-Nazi movement in Sweden. Olivier’s last documentary, "The Reindeer Police", portrays a group of Norwegian policemen who belong to a special unit tasked with preventing conflicts connected to reindeer herding in Lapland.

Olivier has also written three books: "L’Imposteur" (The Impostor) (in French, 2006, Calmann-Lévy), and Dykaren som exploderade (The diver who exploded)(in Swedish, together with Christian Catomeris, journalist at SVT Aktuellt, 2008, Norstedts). Both books are based on personal stories, in-depth portraits and interviews.

Olivier’s first novel has just published (in French, Métailié, September 2012, published in UK/US in 2014). "Forty Days Without Shadow" is a thriller steeped in Sami and Nordic culture, figuring two officers in the local Reindeer Police.

His second novel ("The Wolf Strait", not translated yet), following «Forty Days Without Shadow », was published in France in September 2014.