On the occasion of Women’s Day, French President François Hollande wrote a letter to Malala, you can read here :

Women’s rights are a key priority of France’s external action to respect and protect human rights. France has been highly active in combating all forms of violence against women (sexual violence, domestic violence, female genital mutilation, inhuman or degrading treatment) and in promoting gender equality. One woman in three has been raped or abused at least once in her life. Women are also the primary victims of human trafficking.

Active diplomacy internationally and in Europe...

For a number of years, France has played an active role in the adoption of international treaties and commitments on the protection and promotion of women’s rights. France has contributed to the adoption of the resolutions of the UN Security Council’s Women, Peace and Security Agenda. The resolutions assert the importance of the participation of women, who are often the main victims of armed conflict, in peace-building and post-conflict reconstruction. Since 2006, France and the Netherlands have advanced an annual resolution of the UN General Assembly, aimed at strengthening action to eliminate all forms of violence against women. In March 2010, French diplomacy contributed to the adoption of an important ministerial declaration by the International Organisation of la Francophonie (OIF) on the same issue.

France actively defends and promotes women’s right in international forums. In 2009, France proposed the implementation of a new mechanism on laws and practices that discriminate against women at the Human Rights Council (HRC) to supplement existing mechanisms. France supports the work of the International Criminal Court, whose Statue now lists rape and sexual slavery, enforced prostitution, forced pregnancy, enforced sterilisation and “any other form of sexual violence of comparable gravity” as crimes against humanity and war crimes.

France adopted the declaration and the platform for action of the 1995 Beijing Conference on Women, which is still a key roadmap today. France supports the initiatives aimed at achieving the Millennium Development Goals (particularly MDG 3 on gender equality and women’s empowerment). France supports the work of the Committee that monitors progress on implementing the Convention on the Elimination of all forms of Discrimination Against Women (CEDAW), which France ratified in 1984.

The commitment of French diplomacy to women’s rights is reiterated at European level. When France held the presidency of the European Union (EU) in the second half of 2008, it assisted the implementation of the EU Guidelines on violence against women (December 2008), which are a roadmap for the diplomatic network of the EU as a whole.

In addition to bilateral and multilateral political negotiations with governments and at international organisations, and its active participation in EU initiatives, France also takes confidential steps to protect women, particularly in individual cases of human rights violations. 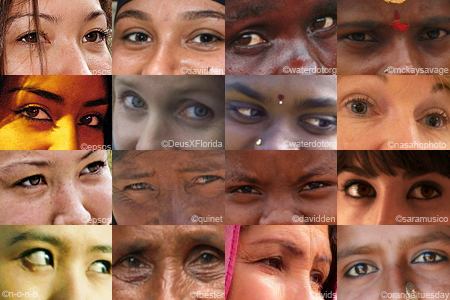 French diplomacy has made women’s rights a priority of France’s development cooperation. Its actions seek to establish regular, continuous and constructive dialogue with governments and civil society on women’s rights. International Women’s Day (8March) is one of the highlights of France’s cooperation policy, and is celebrated in France and by diplomatic missions through various activities (cultural events, roundtables, etc.). This policy is guided by the democratic governance strategy (adopted in December 2006) and consists in building capacity and facilitating ownership of the issues by enabling local actors (particularly women) to play a large role in defining, implementing and evaluating public policies.

France has several instruments for implementing its cooperation policy: projects through the Priority Solidarity Fund (FSP), financial contributions to international organisations, subsidies for French and international NGOs working on priority issues, grants to human rights defenders, support for projects on women’s rights eligible for EU funding, and a programme of invitations for future leaders.

At national level, French diplomacy has set up a Gender Equality and Development Platform, which involves many different partners. Under the impetus of the Minister of State for Cooperation and the Francophonie, Alain Joyandet, the Ministry of Foreign and European Affairs has created a position for a gender equality officer and launched an FSP project on “gender and economic development, support for women as actors in development” endowed with a budget of €3million.