In France, the seed sector has not suffered the effects of the crisis. Agricultural products including maize, oilseed rape, vegetable seeds and linseed are central to the soaring rise of France’s agriculture and agrifood industries. 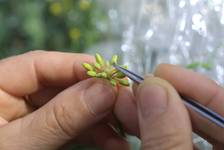 abroad, France’s agriculture exported seed and seedlings worth €1.42 billion over the 2012-2013 period: a year-on-year rise of 15%. “That’s the equivalent of 20 Airbus A320s”, says François Burgaud, external affairs director of the French Association for Seeds and Seedlings (GNIS, Groupement national interprofessionnel des semences et plants). France is a leading exporter of agricultural seed, ahead of the United States and the Netherlands. Our country also has considerable agricultural surfaces, totalling 347,566 hectares.

In total, the French seed sector counts 72 selection companies which create new varieties. 249 production companies achieved a turnover of around €3.1 billion during the 2012-2013 campaign, and the sector employs close to 15,000 people.

In global competition, France stands out thanks notably to

maize and sunflowers, alone representing a turnover of €776 million, more than half of the total of exported seed.

Many companies work in several parts of the sector at once. The Florimond Desprez group, which has been a world leader in beetroot for three years, is diversifying and investing notably in the field of straw cereals. The company is positioning itself on international markets such as the Mediterranean Basin, Central Europe and Russia, and South America.

Vilmorin-Limagrain remains the leading seed producer of French origin, and controls many companies in the sector including Clause, Tézier, LG-seeds, Advanta and Nickerson. It is currently the fifth-largest seed producer worldwide and the leader in Europe for major crops. It enjoys a strong presence on the North American market through the company AgReliant. 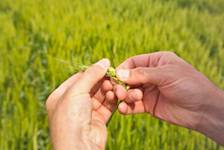 Present in close to 150 countries, French seed companies are focused on overseas markets. “France has managed to adapt and has not specialized in a particular country or region in the world”, according to François Burgaud. Seed companies export primarily within the EU (70%), with Germany being the top customer. Next come Russia (€88 million), Ukraine (€78 million) and North and sub-Saharan Africa (€28 million). “To Asia, we essentially export genetic varieties, but little physical seed", says Burgaud. “As for South America, we are essentially present via subsidiaries of French groups in the United States."

According to the United Nations Food and Agriculture Organization (FAO), global food production will need to grow by 70 by 2050 in order to feed 2.3 billion extra people. French seed sector players, renowned in the development of new varieties, are actively working to address this challenge. Selectors, who work in the field, are involved in the laboratory work of scientists, notably to obtain varieties that are more resistant to climate conditions or certain parasites that are specific to certain countries. Gains are sometimes considerable. Wheat yield has for example tripled in France over 40 years, and maize, a plant of tropical origin, is continuing to move north.