Curiosity – a little bit of France on Mars

Cutting-edge French technologies are playing a crucial role in the Mars mission. On Monday 6 August 2012, after a journey of more than eight months, the Curiosity robot rover touched down on Martian soil as planned, for a mission that will take two years. France’s involvement in the venture has been essentially in the probe’s instruments - ChemCam (Chemistry and Camera) and SAM chromatograph (Sample Analysis at Mars) – and the French Instrument Mars Operation Centre (FIMOC) at the Toulouse Space Centre. For the very first time, instruments on Mars will be directly controlled from France.

Never before has France been so closely involved in an international Mars mission. The Mars Science Laboratory (MSL) is a real opportunity and shows recognition of the expertise of France’s space laboratories: Atomic Energy and Alternative Energies Commission (CEA), Paris Institute of Earth Physics (IPGP), IRAP Astrophysics and Planetology Research Institute in Toulouse, the LATMOS Atmospheres, Environments and Space Observations laboratory in Guyancourt and LISA. They have been supported by the National Centre for Space Studies (CNES) throughout the mission’s development. For the president of CNES, Yannick d’Escatha, ‘the aim of MSL is not to find proof of the existence of life on Mars, but rather to understand to what extent it might have had the conditions and ingredients necessary for microbial life’.

When proposals were invited for the payload of MSL in 2004, US laboratories turned to some of their counterparts in France for help in setting up two experiments, ChemCam and SAM. There was good reason for this expression of confidence, as Francis Rocard, who is responsible for the solar system exploration programme at CNES, recalls: ‘Thales had infrared laser technology that was particularly suited to the needs of ChemCam’. Consisting of a laser, telescope and camera, ChemCam is able to make an initial analysis of rocks and soils up to about 9 metres around the Curiosity rover, which represents a decisive stage for selecting which rocks to sample and analyse in detail with the SAM chromatograph in particular. This equipment has technology that enables it to separate the different constituents of a complex mix.

The LISA and LATMOS laboratories ‘had recognised expertise in gas phase chromatography, since all chromatographs currently in use on planetary missions are from these French laboratories’. They first had to go through a rigorous selection process to narrow over 40 candidates down to just 11. 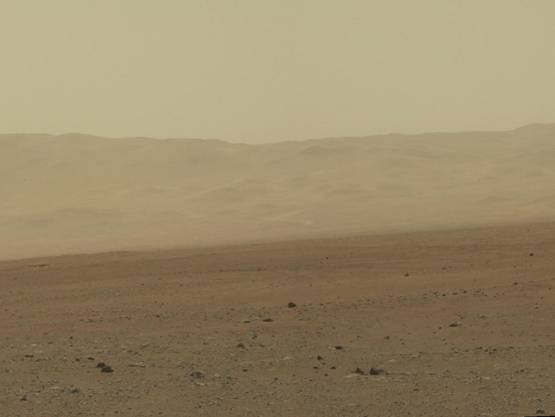 ChemCam and SAM, flagships of MSL

A tough competition, which ChemCam and SAM came through with flying colours. And the key to their success is, of course, the joint French responsibility for the two instruments. ‘It is really a great opportunity for us,’ says a delighted Francis Rocard. ‘In the space of only a few years the watchword in the Mars research community shifted from “follow the water” to “follow the carbon”, or organic molecules to be precise, supposing there are any. SAM is just the right experimental method for detecting organic material on Mars’. As well as being able to carry out differential thermal analysis on samples, SAM will make it possible to overcome what was possibly the main stumbling block of the Viking missions in the 1970s. ‘SAM has two methods for extracting volatile compounds from the sample. A conventional pyrolysis system, but also another process that does not involve heat. This is vital since oxidation of the soil and its constituent molecules might take place only at high temperatures, a pitfall which SAM will be able to avoid,’ stresses Francis Rocard.

The other instrument, ChemCam, will not only generate its own results, but also assist the teams working on the other instruments to focus on the most interesting targets. This will be particularly helpful with SAM, which will have to use its 74 single-use analysis cells wisely, concentrating on samples that are particularly interesting from a mineralogical point of view, whilst at the same time maximising the diversity of analyses. 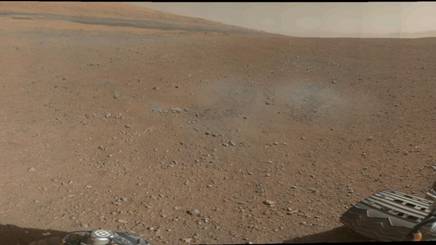 An investment in the future

As it supervises the entire French contribution to MSL, CNES has provided financial and human resources to the laboratories involved. It has also funded scientific support for French researchers who are not supplying any equipment but are part of the instrument teams or are involved in scientific work on the data gathered on the mission.

During the operational phase of the mission, the Toulouse Space Centre will have responsibility for the French Instrument Mars Operation Centre, FIMOC. The organisation, directed by Frenchman Eric Lorigny, will share the management of ChemCam operations and some SAM operations alternately with the U.S. laboratories. The engineers will send the ChemCam work schedule for the next twenty-four hours to the probe each day. It can take up to 20 minutes for radio waves to reach Mars from Earth. ‘We are right at the core of the mission’, says an enthusiastic Francis Rocard. ‘This is certainly a major investment for CNES, but in return we are going to learn a great deal from this first operational experience on board a Mars probe’.

The close collaboration of CNES and the Americans will run on into 2013 with the Insight mission, among others. The aim is to install a seismometer on Mars to study the internal structure of the planet.