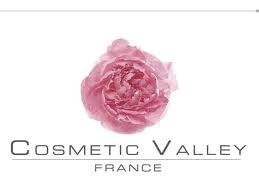 Behind its glamorous façade, the perfumery and cosmetics sector is the scene of fierce competition! As leader in this international market, France has a traditionally very strong image to maintain with constant innovations. This is the idea behind the setting up of the competitive cluster, Cosmetic Valley.

France possesses the world’s first resource centre in perfumery and cosmetics. More than one in ten cosmetic products currently sold across the world has been produced in Cosmetic Valley! This is true in Asia, where the Cosmetic Valley is participating in the COSMOPROF ASIA Conference between the 14th and the 16th of November 2012, and even more in Pakistan where L’Oréal recently launched its products with great success.

It is here that the French products of tomorrow are prepared, with no fewer than 88 projects representing a total investment of 160 million euros. “The French perfumery and cosmetics industry stands out traditionally for its technological advance, its know-how and its historically very strong image, but it is essential to keep bringing safe and effective new products onto the market,” stresses Christophe Masson, scientific director of Cosmetic Valley.

The essential principles of safety, but also of using natural ingredients, are guaranteed by the Charter for an Eco-responsible Cosmetic Valley designed to ensure the quality and safety of its products and services. Cosmetics must never produce any undesirable effects and their effectiveness, especially in relation to the significant sector of “anti-ageing” products, is scrutinised very closely by a demanding clientele that is growing daily.

Research is directed towards an in-depth understanding of the epidermis and the formulation of active principles, as well as towards the development of new instruments for evaluating effectiveness. Researchers in the sector are looking into biotechnologies (fermentation, microalgae…), the use of plant matter, and natural ingredients which might replace much-criticised preservatives. A great deal of work is also being done on the sensory aspect - aroma, appearance and texture - (an innovation platform dedicated to sensory matters, Certesens, was opened last March). As to packaging, as Christophe Masson points out, “this is an area of research that is in no way trivial! It is important in relation to the act of purchase, but also to safety, conservation and respect for the environment. It has to be compatible with its content, play a role in conservation and, these days, become recyclable”.

Aware of the importance of resources from the natural environment for the beauty industry, the managers of Cosmetic Valley decided to launch the “Cosmétopée” project, based on international partnerships. “It is about undertaking a systematic inventory of cosmetic plants and the ways they are used, in order to prevent this traditional knowledge from being lost,” explains Jean-Luc Ansel, director general of Cosmetic Valley. The cluster has already entered into around ten bilateral scientific, university, industrial and commercial partnerships with producer countries in Africa and Asia, and with Colombia. A way of preserving biodiversity, developing local industry and promoting innovation by supplying businesses with new ingredients. At the same time as meeting a demand that is increasingly focused on local, authentic and natural products.

Another international activity is providing support for businesses at trade fairs abroad (the peony, the emblem of Cosmetic Valley, is known worldwide by those in the trade!) and on international markets. The French perfume and cosmetics industry, which turns over some 16 billion euros, heads the field of exporting countries, giving it a 25 % share of the market which is still growing. Very well established in some 200 countries, it comes second in the exporting sectors of the French economy (behind aerospace construction) and in terms of trade surplus (7.6 billion euros in 2010).

Europe, the United States and Japan remain its biggest customers, but its growth is taking place mainly in emerging countries such as Brazil, Russia, India, Mexico and China (where the men’s sector in particular is seeing even stronger development than elsewhere). It is important to note that what often makes France stand out from its competitors is its high-end positioning... so it has an image to uphold!