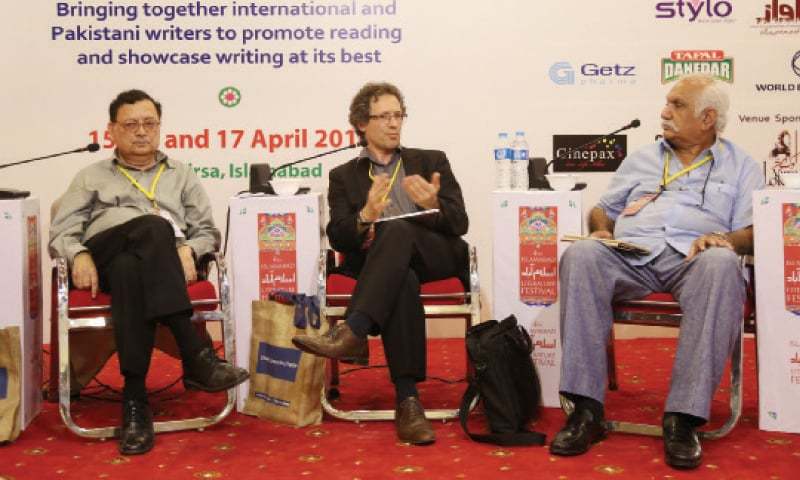 The Embassy of France in Pakistan is proud to have contributed to the 4th Islamabad Literature Festival, by inviting one of the leading French scholars on South Asia, Christophe Jaffrelot.

The Ambassador of France, participating to the opening ceremony for the second year, saluted the festival, which showed the lively culture of debate in Pakistan. She notably paid tribute to the great Urdu writer Intizar Hussain, who passed away a few months back and was a great friend of France.

The Embassy is a regular contributor to the Festival and Christophe Jaffrelot’s presence this year helped offer a solid and critical take on Pakistani politics, both past and present.

As part of a panel discussion with Pakistani authors, Christophe Jaffrelot presented his previous and recently published books, the Pakistan Paradox. Instability and Resilience (Hurst, 2015, translation of the French version published in 2013) and Pakistan at Crossroads - Domestic Dynamics and External Pressures. He also intervened in the closure keynote on the topic of “Correlations between the domestic and foreign policies of Pakistan.”

Christophe Jaffrelot teaches primarily at the Paris Institute of Political Studies, known as “Sciences Po” where is associated with the Centre of International Research as Senior Research Fellow. He is also Global Scholar at Princeton University, New Jersey as well as professor of Indian politics and sociology at the King’s India Institute and King’s College, London.

Jaffrelot regularly contributes to the press with his analysis on events related to his areas of research and was awarded the 2014 Ramnath Goenka Award for Excellence in Journalism.