COP21 preparations: meeting with UN agencies, donors and partners at the French Embassy (6th May 2015) [fr] 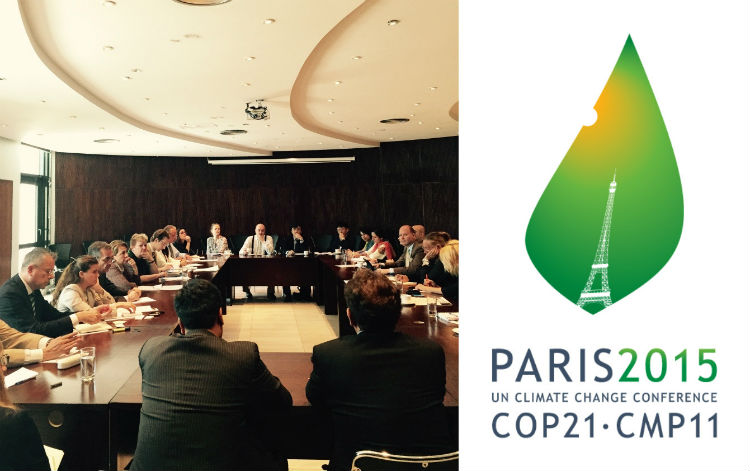 COP21 preparations: meeting with UN agencies, donors and partners at the French Embassy (6th May 2015)

On 6th May 2015, H. E. Martine Dorance, the Ambassador of France to Pakistan and Mrs. Jacqueline Badcock, United Nations Resident Coordinator and Humanitarian Coordinator in Pakistan co-hosted a preparatory meeting at the French Embassy on the COP21 or Paris Climate 2015 (the 21st Session of the Conference of the Parties to the United Nations Framework Convention on Climate Change).

The aim of this meeting was to brief UN agencies and main donors and partners in Pakistan on the COP21 preparations. The meeting explored how the international community could bring this event under the attention of the Pakistan public with a common calendar of events and how it could support the Government of Pakistan in its preparations. It gathered more than 30 representatives of different institutions and Embassies.

It comes after a first meeting held in February 2015, in which the French Embassy presented to UN agencies the outcomes of COP20 and expected results of the COP21 in order to establish a common calendar for 2015 towards the COP21.