The CMA CGM Group is the third-largest container shipping company in the world, based in Marseille since its foundation in 1978. It is both a huge group and a family business. In 2013, the company posted a growth rate exceeding 7% of its real activity. 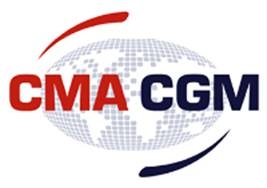 Little known by the general public, this leading French shipping group employs 18,000 people worlwide and, in 2013, achieved a growth rate of 7.5% in the region of $16 billion in revenues. The 428 vessels that make up the CMA CGM fleet transport goods in containers on every one of the world’s seas. Its new flagship, the Jules Verne, has a capacity of over 160,000 tonnes, equivalent to the annual output of an automotive plant. The fleet’s longest vessel is 396 metres (1,299 feet) long (whereas the Eiffel Tower is 324 m (1,063 ft) high), with an area equivalent to four football playing fields.

Over the years, CMA CGM has expanded by setting up many subsidiaries and making acquisitions, including the UK MacAndrews Company to develop European coastal navigation, the CHENG LIE Navigation Company (CNC Line), the Australian National Line (ANL), Comanav (North Africa), and U.S. Lines. With 170 shipping lines along main and secondary sea routes, its five main hubs in Malta, Tangiers, Khor Fakkan, Port Klang and Kingston, the CMA CGM Group serves more than 400 ports in 150 countries where it has opened 650 offices.

Jacques Saadé, who founded the Compagnie Maritime d’Affrètement (CMA) in 1978, is still at the helm and the visionary industry leader of the early days. In 1992, the trailblazer decided to open an office in China where CMA CGM now has 1,800 employees and 64 offices. The Group has been established in Africa since 2001 and acquired Delmas in 2005. CMA CGM is present in all continents and has interests in some 30 of the main sea terminals.

This giant concern, which has become an international reference in terms of shipping in the past 35 years, is still a family business that has, amazingly, succeeded in maintaining a human dimension in its relations with clients. Through the company’s local offices, CMA CGM representatives offer customized maritime shipping and intermodal solutions from plants to storage sites, by rail, waterway and road transport. 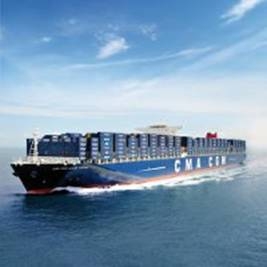 This integrated offer attracts more than 150,000 clients a month such as industrial groups, distribution giants and shipping forwarding agents, as well as many small- and medium-sized enterprises. Despite the economic context, the container sector is gaining market shares as it is a flexible and modular means of transport driven by the development of trade as a result, in particular, of growth in emerging countries.

CMA CGM has a further asset, i.e. its capacity for innovation to meet the demands of the time, notably in the ecological field. As a pioneer in the development of eco-containers, it has transformed its vessels into real showcases of technology: “The CMA CGM Group has reduced its CO2 emissions by 40% since 2005, a result that is close to the target of 50% by 2005. The Jules Verne emits 36g of CO2 per tonne-km. By comparison, a car emits 90 to 120g of CO2 per kilometre.” Safety and security, are ensured by a navigation management system hosted by the Marseille HQ “Fleet Navigation Center”, a control tower that permanently provides vessels with weather forecast information in real time.

This good image of the Group has been strengthened by the work of the CMA CGM Corporate Foundation. The Containers of Hope humanitarian operation has thus made it possible to ship more than 1,200 tonnes of aid over two years for programmes run by the non-governmental organizations Action Against Hunger (ACF) and Doctors Without Borders (MSF).

N.B : The statements and opinions expressed in this article, which aims to inform about the realities of contemporary France, not have any official status.