Home > News > Archives > Archives 2012 > Burma/Myanmar – Ethnic violence in Rakhine state:Statement made by the (...)

Burma/Myanmar – Ethnic violence in Rakhine state:Statement made by the Deputy Spokesperson of the French Ministry of Foreign Affairs

“France attaches great importance to a peaceful, concerted resolution of ethnic issues in Burma in order to achieve reconciliation. The status of Muslim populations living in Rakhine state in western Burma must be clarified as far as their right to nationality is concerned, and regardless of that status, they must be granted all human rights.

There are reports of troubling acts of violence against civilians by the security forces. We urge the Burmese authorities to protect all civilian populations without discrimination and to investigate these possible atrocities.

Beyond the immediate measures taken to ease tensions in the region and the humanitarian response to the needs of displaced persons, it would seem that the Burmese authorities should define a rehabilitation and reconciliation strategy based on the integration, and not the separation, of the two communities.” 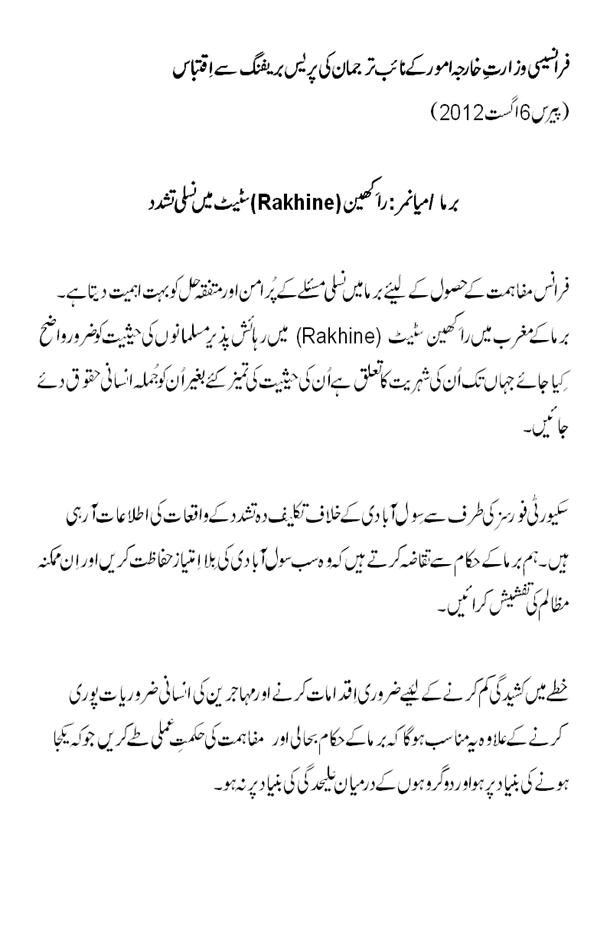