Bread, cakes and pastries “made in France” are some of the country’s best exports and represent some of its most sought-after products. Their appeal extends to French manufacturers of baking equipment and ingredients, which are successfully targeting the top end of the market, as well as to training and skills transfer.

For many foreigners, France is epitomised by gastronomy and its great chefs! Bread, cakes and pastries naturally benefit from the fascination with French culinary art and enjoy an image that reflects refinement, taste and quality. It’s a reputation matched only by expectations: French bakers and pastry-makers 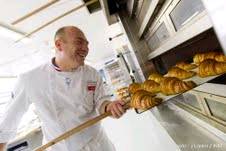 who are keen to conquer international markets can’t afford to make a mistake! Products need to live up to those expectations and be completely authentic. Let’s not forget that the only croissant that can really be described as “made in France” is one with a long history, dating back to 1920, and made with butter! It is one of the essential products for attracting consumers outside France, along with crusty bread, French sticks, macaroons, éclairs and Paris-Brest. And to sell them, shops need to offer an equally high standard of service, reflecting the artisanal traditions that tourists identify with France and may have enjoyed when staying in the country.

The Japanese and Saudis, for example, are especially keen on typically French bread. The same applies to North American consumers, as they increasingly switch to healthier, more authentic products. Brazil, and South America in general, are showing strong growth across the board in bread, cakes and pastries. Sometimes products have to be adapted for other countries: variants that reflect local tastes are another key to success. “A local product has more chance of attracting (local) customers and it’s less expensive!” according to baker Michel Neel, who makes maple-syrup bread in Canada and curry bread in India, though still with a French touch. The BCS group is achieving strong sales of very seeded specialist breads in Northern Europe.

French outlets are proving highly successful in New Delhi and elsewhere as well. Michel Neel, who opened bakeries first in Gabon and then Moscow and Vancouver, and star pastry chef Pierre Hermé, who is idolised in Japan, are prestigious ambassadors. The Holder group has opened branches of its Paul and Ladurée outlets in 24 countries. The Le Duff group has even invested in a factory in Dubai, prior to the opening of over 50 Brioche Dorée franchises throughout the region. Moreover, French bakers and pastry chefs are highly sought-after by stores and restaurants abroad: “We get over 150 vacancies posted by them every year, of which around 50% are in the United States and Canada,” according to a delighted Jean-François Astier, Managing Director of the Institut national de la boulangerie-pâtisserie (INBP).

Bakery equipment manufacturers are also well represented. France is one of the world’s leading exporters in this segment, along with Italy and Germany. According to VMI, a specialist in kneading machines, which generates 60% of its turnover internationally, central European countries such as Romania, Poland and the Czech Republic offer enormous potential for manufacturers. Another market in full swing is Turkey, where French manufacturers are now playing the added-value card, faced with local competition that is positioned more in the entry-level segment. Russia and Asia are looking for reliability and are keen to embrace cutting-edge French technology, with controlled fermentation cabinets and freezer units. The manufacturer Mecatherm, meanwhile, is focusing on South America whilst maintaining strong performance in its traditional German, Spanish and Scandinavian markets, not to mention excellent business in North America. 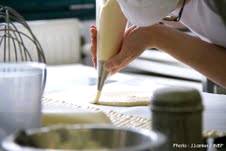 At a time when concerns are being raised over food safety, French products’ reputation for rigour and quality in terms of ingredients makes all the difference. One example is the Lesaffre group, a world leader in yeasts, which operates on five continents with some 30 production sites in Europe, Australia, China, the United States, Russia, Ukraine, Turkey, Argentina, India, Morocco, Jordan and Mexico.

Trade fairs play a major role in the success of the sector. Although professionals are well represented at foreign shows, French events such as Europain in Paris or Sirha in Lyon have also earned an international reputation.

French bakers and pastry-makers are highly appreciated abroad and it is not only a question of image: they also represent know-how that comes from a long tradition and results from high-level training, which is a successful export in its own right. The Institut national de la boulangerie-pâtisserie also provides training and consultancy in bakery, pastry-making, chocolate-making and catering on an international scale. Trainers work in Europe, Canada, Algeria, Brazil, Korea, Japan, Lebanon, Morocco, Niger, Peru and Russia and will be running courses in Sao Paulo from the autumn of 2014.