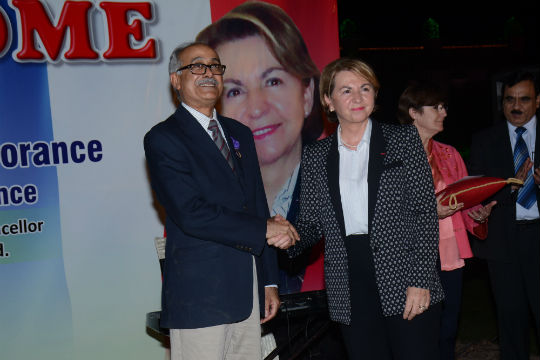 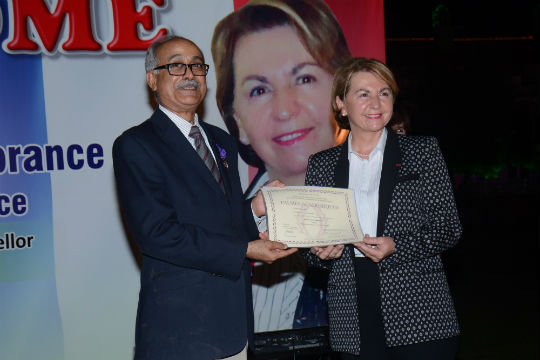 Awarding of the Palmes Academiques at the rank of Officer to Dr. Iqrar Ahmed Khan, Vice Chancellor of the University of Agriculture Faisalabad, during the annual professors’ dinner. 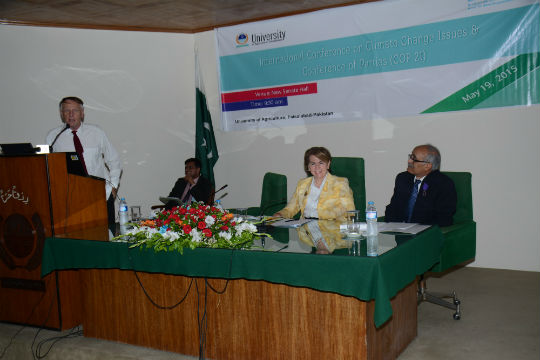 Opening of the “International Conference on Climate Change Issues and COP 21,” organized on May 19th by the University of Agriculture Faisalabad. Alain Gioda, researcher at the Institut de Recherche pour le Développement and specialist on climate change and energy transition, contributed to the conference. The Ambassador spoke about the engagements of France in the preparation for the COP21 as well as about the “Solutions Agenda.” 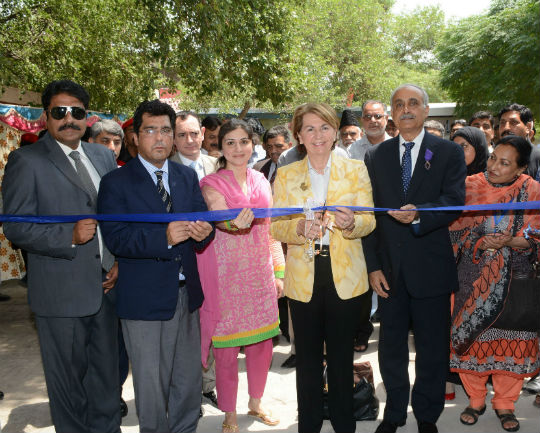 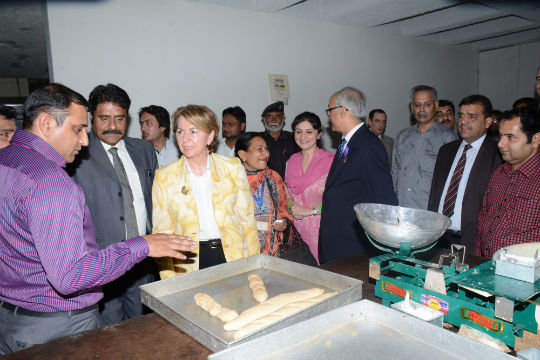 Established in October 2013, the Center is a concrete proof of the support of France to the University of Agriculture Faisalabad. The project was carried out in close cooperation with the French teams from AgroCampus in Rennes. The materials were selected under the advice of French researchers and purchases were made in France by mobilizing French enterprises. Three sectors are concerned: milk processing, cereal processing, and oil seeds processing. This pilot project aims to prove that it is possible to bridge the development gap between the countryside and the urban areas by installing limited size processing factories that are capable of producing processed goods of more or less the same quality as those from large factories. This is an important issue for the rural communities. The last component to put in place was the bakery, which started its activities in May 2015. 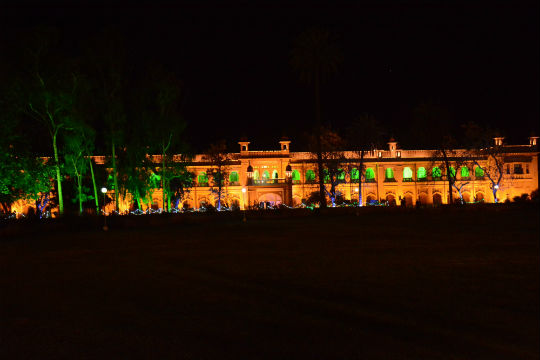