Ambassador of France meets with Governor of Punjab (28 July 2015) 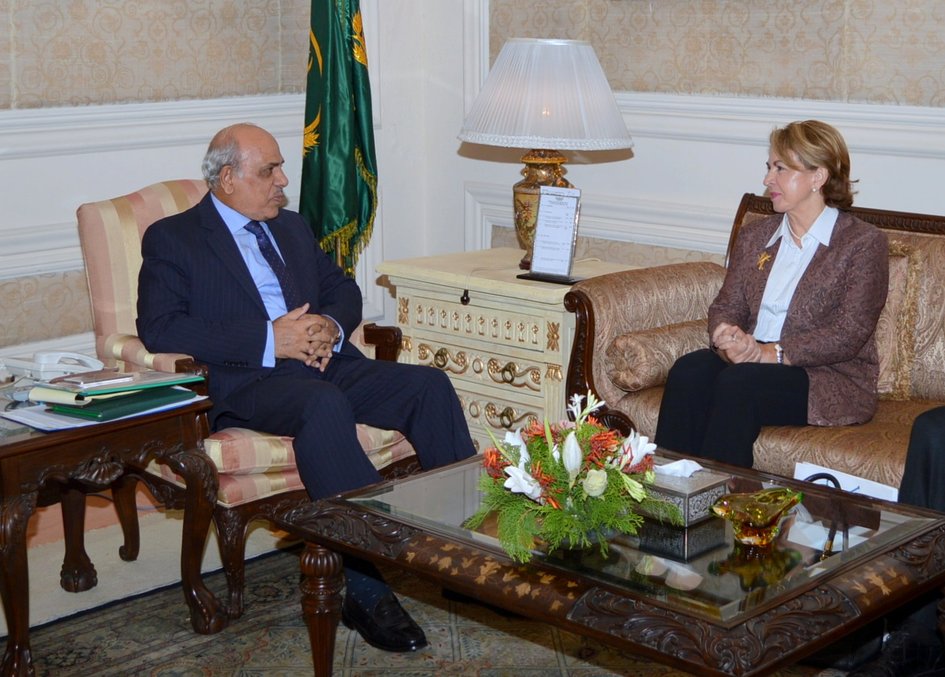 This courtesy call gave the occasion to exchange on relations between France and the province of Punjab, especially on the will to reinforce economic ties.

The Ambassador stressed the importance of the Paris Climate Conference COP21 which will be held in December in Paris.

The Ambassador also conveyed France and EU concerns regarding the lift of the moratorium on death penalty and the alarming pace of executions, especially in the province of Punjab and reiterated its strong opposition to capital punishments in all cases. She recalled that Pakistan was a party to the International Covenant on Civil and Political Rights, the Convention on the Rights of the Child, and the Convention against Torture, and that effective implementation of these conventions was a requirement under the EU GSP+ scheme.