A world first for the human heart in Paris

For the first time anywhere, a total, permanent artificial heart, designed by the biomedical firm Carmat, has been implanted into a patient. This 100% French medical prowess was performed by a team at the Georges Pompidou European Hospital in Paris, led by Professor Alain Carpentier, a specialist in cardiovascular surgery. This audacious and risky procedure represents a magnificent hope for the 20 million patients suffering from heart failure in Europe and the United States. 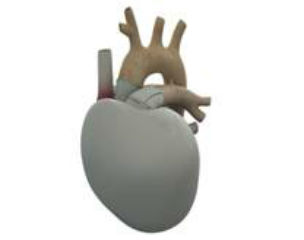 The implantation of an independent artificial heart into a patient, carried out by Professors Christian Latrémouille and Daniel Duveau, is a medical, economic and technological prowess. It combines French scientific research and industrial innovation. “France can be proud of this exceptional achievement in the service of human progress”, said François Hollande, President of France.

The 75-year old male patient suffered from end-stage heart failure and was in an end of life situation. In a statement, the Hospital’s management indicated following the procedure that “the artificial heart is functioning normally, responding fully automatically to the needs of the body. Moreover, the implant has required no immunosuppressive treatment.”

An extra five years of life

This implant was designed by the firm Carmat and has a long history. In 1988, the surgeon Alain Carpentier registered, along with the University Pierre and Marie Curie in Paris, the first patent on a bioprosthetic artificial heart. This innovative technology is becoming a reality after 25 years of research.

This very ambitious project is that of a fully implantable bioprosthesis that mimics the natural heart and adapts to effort. Professor Carpentier is already famous worldwide for inventing biological valves (based on animal tissues) that avoid clotting problems around metallic valves. His artificial heart also uses this approach. This 900-gram implant is heavier than a human heart (300g) and is compatible with 70% of male thoraxes and 25% of female thoraxes. It is estimated to accord at least five extra years of life expectancy.

Over the last decade, artificial hearts have been implanted around the world. But these are temporary machines, implanted until a transplant is found. Yet while transplants help save many lives, the disadvantage is that they involve very heavy medication and above all a risk of rejection. The advantage of the artificial heart is that it is made of biomaterials, which eliminates the need for immunosuppressant medication. Another advantage is that they do not lead to the formation of clots, which can cause strokes.

The firm Carmat was founded in 2008 and played a major role in this prowess, thanks notably to the support of many French public and private partners. It was born of the partnership between Professor Alain Carpentier and Matra Défense (EADS) and the investment fund Truffle Capital. Carmat explains that this artificial heart project, “the most advanced in the world", could save the lives of tens of thousands of patients per year in the main Western countries, without risk of rejection and offering them an unprecedented quality of life.

This new exploit once again illustrates the excellence of French medicine, which has a long tradition of research and innovation. French medicine’s history is scattered with famous personalities, including Louis Pasteur, Marie Curie and, more recently, Professors Françoise Barré-Sinoussi and Luc Montagnier, 2008 Nobel Prize laureates for their discovery of the human immunodeficiency virus (HIV) which is responsible for AIDS, and Jules Hoffmann, 2011 Nobel Prize laureate. Internationally, France plays a central role in cooperation in the medical field, notably through considerable financial commitments, recognized expertise and its health system, which is an international benchmark.