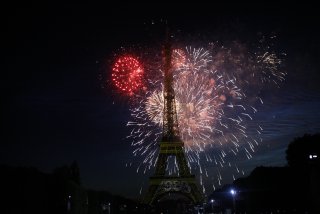 By Philippe Thiebaud, Ambassador of France in Pakistan

It is a great pleasure from me to address the readers of The News on the occasion of the French National Day.

The storming of the Bastille, on July 14th, some 223 years ago was the starting point of the French Revolution and has been celebrated every year since as the National Day of France.

“Liberty, Equality, Fraternity” became the national motto. As France just elected a new President and Parliament, in May/June 2012, our institutions renewed their commitment to these values, to democracy and to Human Rights, to solidarity and to international cooperation for security and stability.

Diplomatic relations between Pakistan and France were established in 1947 and since then, the exchanges between the two countries have steadily increased.

Our two countries, rooted in old civilisations, and each endowed with a strong cultural identity are attached to this plurality making the richness of the world.

I was given the opportunity to visit many cities and provinces in Pakistan, and was impressed by the creativity of a vibrant civil society and in particular by the young people I met with.

Cooperation in science academia and culture has intensified over the past years and the cultural activities of Alliances Françaises have promoted the deepening of understanding and reciprocal inspiration between our cultures through numerous events, classes and workshops. France also remains the second most favoured destination by Pakistani student in Europe thanks to a dynamic program of fellowships. The Pakistan-France Alumni Network is perpetuating the friendships and benefits those students found in studying in France.

Pakistan and France enjoy cordial economic and trade relationships which have further strengthened during the last decade.

Today Pakistan is the second largest trading partner as well as an important French investment destination in South Asia. As many as 40 French multinational companies are currently established in Pakistan. Both countries have witnessed substantial growth in their exports and the trade balance remained in 2011 in favour of Pakistan by 200 millions of Euros (250millions of Dollars).

These results have been largely achieved thanks to the hundreds of Pakistani and French Companies which are actively engaged in Pakistan and I would like to pay tribute to the action of the Pakistani-French Business Alliance : PFBA. The decision to establish a Pakistan & France Joint Business Council will further enhance dialogue and cooperation between business leaders.

The agreements signed between the two governments in the fields of water and sanitation, as well as the financial and technical assistance provided to a number of hydropower and energy efficiency related projects will contribute to improve the infrastructures in key areas for the development of Pakistan.

France welcomed the EU-Pakistan 5years Engagement Plan adopted in 2012, and has been supportive of the EU decision to improve market access to Pakistan under the WTO waiver and of the commitment to provide for Pakistan eligibility to GSP+ as from 2014, provided that it meets the necessary criteria.

France expressed its appreciation of the active involvement of Pakistan, in dealing with international peace and security, as a member of the United Nations Security Council for the biennium 2012-2013 and pays tribute to the Pakistani armed forces as major troop contributor to the UN peace keeping operations.

France recognises the security challenges Pakistan faces, and the sacrifices it has made in the fight against terrorism and extremism, and will continue to stand by Pakistan in so doing.

Pakistan plays a pivotal role in the stability and security of Afghanistan and the region. France welcomed the decision of Pakistan to reopen the Ground Lines of Communication. This decision enabled the members of ISAF to move ahead with the process of transition in Afghanistan.

Finally, this first message on the occasion of the Bastille Day, since I took up my duties, gives me the opportunity to renew the appreciation of the French Community for the hospitability of the Pakistani People, and to express the best wishes of the French People to the Pakistanis for their continuing success and prosperity. It is also the right time to express my commitment to spare no effort for enhancing cooperation and friendship between the French and Pakistani People.